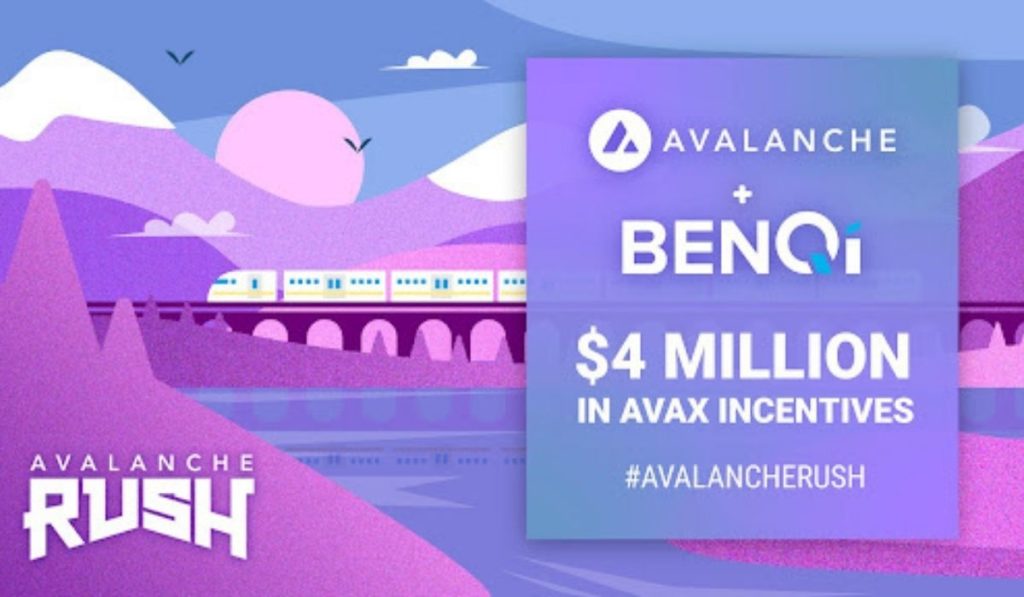 Notably, the first phase of the initiative was worth $6 million. The phase resulted in great success for BENQI’s lending market and the broader Avalanche ecosystem. The protocol now boasts of a peak of $2.8 billion in supplied value, over $1 Billion borrowed, and about 14,000 total users.

Now, as part of the second phase of BENQI’s Avalanche Rush Initiative, BENQI has received $4 million in addition to AVAX incentives. The majority of funds will be applied to the AVAX and QI markets and the initiative will run for 45 days. The total Rush allocation is now $10 million.

The team behind the Rush initiative has expressed its gratitude for the support received from members of the BENQI and Avalanche community, as well as that of the Avalanche Foundation. The team also anticipates the growth of both the protocol and the community with the launch of the Safety Module, the launch of BENQI’s Liquid Staking solution, and other numerous ecosystem improvements.

“Excited to launch Phase 2 of our Avalanche Rush initiative. As BENQI’s supplied assets approach the $2.9 billion mark, we’d like to thank the community for their continued support. This phase of our Rush program will be rewarding the amazing Avalanche and BENQI community,” said Dan Mgbor, Co-founder of BENQI.

Built on Avalanche’s highly scalable network, BENQI’s vision is to bridge decentralized finance (DeFi) and institutional networks. This started by launching the user-friendly and approachable BENQI platform on the Avalanche C-Chain.

Through BENQI, Avalanche users are now able to obtain credit through over-collateralized loans, earn interest on their assets, and access liquidity on-demand with low fees. Moreover, users get to earn QI governance tokens as rewards for liquidity provision to the protocol and Pangolin. The latter is an Avalanche-powered community-driven decentralized exchange (DEX) for Avalanche and Ethereum assets.

Notably, BENQI’s strategic and reputable investors include Mechanism Capital, Ascensive Assets, Avalanche itself, and Dragonfly Capital, among many more.