A story that didn’t garner much coverage this weekend was the announcement by IOHK, a branch of Cardano’s network, that they have “entered the age of AI” and have partnered to bring an AI healthcare robot to their blockchain. According to the announcement, Cardano welcomes Grace, an AI robot designed to “revolutionize global healthcare.”

It actually displays a very interesting use case for blockchain, and according to Cardano, will allow for “a secure and private environment for Grace’s AI modules, so her work can meet international healthcare requirements.” The robot was designed in a joint venture between Hanson Robotics and SingularityNET. They have chosen Cardano “to ensure that Grace meets the stringent guidelines set out by the Health Insurance Portability and Accountability Act (HIPAA) and the General Data Protection Regulation (GDPR) framework.” 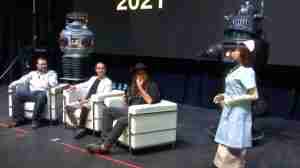 The robot, Grace, as pictured above, has been designed with the goal of assisting elderly who have been isolated because of COVID-19, or for other reasons. She speaks English and Korean, and can take patient temperatures as well as “measure people’s responsiveness and mirror their emotions, helping her not just to come up with diagnoses but also to respond empathetically.”

Putting Grace on the Cardano blockchain will be done with the goal of improving the data privacy and security of the robot and also to “dramatically improve Grace’s performance and lead to lower, predictable, and stable costs.” The robot’s ‘brain’ will also be able to operate at the “highest level and process biodata quicker” because of Cardano’s scalability. The creator of the AI tech for Grace, Ben Goertzel said “‘While Covid-19 has had a huge impact on physical health, the mental health impacts will echo long after the lockdowns lift.”

He went on to say that a solution like Grace, combined with Cardano’s market-leading capabilities, “will be able to scale to meet this global challenge.” They hope that Grace will continue to learn about humanity and “absorb human values”, all on the power of the blockchain. This partnership appears to the be the first of its kind, with an AI robot entwined with a cryptocurrencies blockchain. 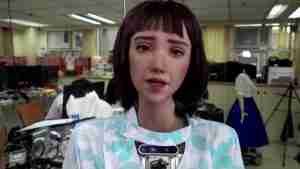 Hanson Robotics is the firm who created the famous robot Sophia, who was actually given Saudi Arabian citizenship. Grace, the new design from Hanson, was featured by CNN in article displaying the incredible innovation and potential for this type of technology. The CEO spoke to CNN saying: “Using AI and robotics in this context can help gather important data for healthcare providers to assess the wellbeing of the patient.”

Hanson is going to mass produce these robots and get them to market at the end of 2021. The ability of the robot to “socialize” is something that has been devoid in this type of technology up until very recent developments, and this will be one of the biggest draws of a “companion” for ill people, like Grace. The announcement that she will be living on Cardano shows that when they scale these robots and mass produce them, a chain like Cardano will be very important to scale the data and computational power needed. It just goes to show, cutting edge innovation and crypto go hand in hand.