Cardano founder gives explanation behind delays of the Vasil Hardfork

Last week, the news came out that the much-awaited Vasil hardfork for the Cardano blockchain network has been delayed. On Monday, August 1, Cardano founder Charles Hoskinson did a live stream issuing clarification over the delay.

Hoskinson noted that every time a problem arises, one needs to fix it. Further, they also need to test the fix which could eventually take up more time. He added:

As per the previous schedule, Cardano was to release the Vasil hardfork by the end of July. But speaking at the Cardano360 event last week, IOG technical manager Kevin Hammond said that there could be a few more weeks of delay without mentioning any specific timeline. Hammond said that decision to delay comes in order to ensure a smooth transition.

No further delays in Vasil Hardfork

However, in early July, the IOG developers successfully completed the hardfork of the Cardano testnet. After releasing the initial node v.1.35.0, the development of the testnet continued. But as new bugs appeared, the Cardano team moved to work on nodes v.1.35.1 and v.1.35.2.

The good news is that the set of things that could go wrong have gotten so small, and now we’re kind of in the final stages of testing in that respect. So unless anything new is discovered, I don’t anticipate that we’ll have any further delays.

We’ll be communicating very closely with the stake pool operators and other users. If you’re in that group, pay attention to those announcements. I will give you strong advice and guidance for the upgrade path, both for the testnet and the mainnet.

To bring the Vasil hardfork, Cardano developers are engaging with several exchanges and DApp (decentralized application) partners. They are also working in coordination with other developer partners while communicating with the Cardano Foundation.

Cardano native crypto ADA is currently trading just under 50 cents and continues to occupy its position as the eighth-largest cryptocurrency by market cap.

Who is Charles Hoskinson?

Today we take a deep dive into the life of the beloved and hated founder of Cardano, Charles Hoskinson.

Charles Hoskinson is a Colorado-based mathematician and technology entrepreneur. He is most notably known as a co-founder of Ethereum and the founder of Cardano. Both of these networks are among the world’s most popular cryptocurrency networks. He is also the CEO and founder of IOHK (Input Output Hong Kong), which is the company behind the Cardano blockchain.

Hoskinson began his career in blockchain with Bitshares and Ethereum, but after some disagreements regarding the vision, he left Ethereum. His current claim to fame is Cardano and its parent company IOHK. Cardano is a blockchain that is in direct competition with Ethereum. What makes Cardano unique is its scientific foundations. Hoskinson frequently engages with the crypto community via YouTube.

Hoskinson attended the Metropolitan State University of Denver and the University of Colorado, Boulder “to study analytical number theory before moving into cryptography through industry exposure.” Crypto reporter Laura Shin reported that he left his university before completing his PhD. Hoskinson has denied the claim.

Hoskinson started off in a consulting role but quit his job in 2013 to focus on crypto and its potential. 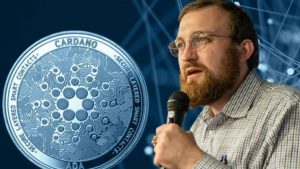 Before Cardano, his professional experience included two blockchain-related start-ups, including Invictus innovation (the company behind Bitshares) and Ethereum. Bitshares was developed by him in 2013, which was an early decentralized exchange platform. In the same year, he founded an online school called the “Bitcoin Education Project,” where he met Vitalik Buterin, and together (along with several co-founders), they started Ethereum.
Though Hoskinson was initially the CEO of Ethereum, he didn’t stay very long in the company and left the project in June 2014 after a dispute over whether the project should be commercial (Hoskinson’s view) or a non-profit (Buterin’s view).

After that, he was approached by Jeremy Wood, a former Ethereum colleague. Together with Jeremy, Hoskinson started their own blockchain project called Input Output (IOHK), a third-party development company that builds blockchains for academic institutions. Currently, he is the CEO of IOHK, and its mission is to supply financial services for over 3 billion people around the world who lack a transparent and equitable financial and governance system. The most notable project of IOHK is Cardano which is a blockchain and smart contract platform that uses its own cryptocurrency called ADA.

IOHK is an Engineering Company that builds cryptocurrency and blockchains for corporations, academic Institutions, or government entities. It has a diverse, geographically distributed team of engineers, scientists, business professionals, and open-source collaborators. The core responsibilities of the foundation are to supervise the development of Cardano and its ecosystem. 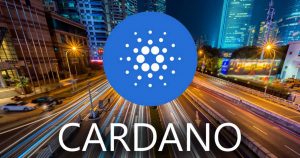 Under Hoskinson, IOHK began to work on the Cardano blockchain, which is its key project, and it hosts the ADA cryptocurrency. Cardano carried out its ICO (Initial Coin Offering) in 2017 and raised $63 million for its ADA token. In September 2017, IOHK launched the Cardano blockchain, and ADA quickly began to rise in value. By January 2018, it achieved a market cap of $32 million, making it the fifth largest coin. This achievement cemented Cardano’s position as one of the significant competitors of Ethereum on the market.
Though Cardano is quite similar to Ethereum in that, it is intended as a network for smart contracts and blockchain programs, Hoskinson’s vision for Cardano was slightly different. He wanted it to be built on top of solid scientific and mathematical foundations. As Hoskinson took inspiration from history to create Cardano’s image. Cardano itself is named after the famous 16th-century Italian mathematician Gerolamo Cardano. Similarly, the parts of its ecosystem are also named after famous historical figures like Lord Byron, Ada Lovelace, Matsuo Basho, Voltaire, etc.

For security purposes, IOHK chose Haskell as the programming language of Cardano. Haskell is a very secure programming language because it enforces certain safe coding practices and is widely used in industries like finance and defense contracting.
In 2017, IOHK sponsored several blockchain technology labs around the world, including the University of Edinburgh, Tokyo Institute of Technology, and University of Wyoming. This resulted in the Ouroborous blockchain consensus protocol. To help Cardano scale and achieve optimal performance, IOHK has developed Ouroborous. This protocol combines the efficiency of proof-of-stake consensus with the security of Bitcoin mining.

Hoskinson has also focused on providing educational resources throughout his career. He was the founder of the Bitcoin Education Project and has also served on the Bitcoin Foundation’s Education Committee. In recent years, Hoskinson has discussed blockchain education with the Government of Barbados, while his colleagues at IOHK have taught people to code in Ethiopia. He has also been critical of the growing energy consumption problem inherent to Bitcoin and the negative impact it creates regarding climate change. He claims that Cardano is far more energy efficient than Bitcoin. Hoskinson has been a consistent advocate of blockchain and has been instrumental in changing people’s perceptions of cryptocurrencies and blockchain technology.

Thanks for reading our Charles Hoskinson bio. Let us know what you think about him in the comments below.

The post Who is Charles Hoskinson? appeared first on CryptosRus.

Cardano founder gives explanation behind delays of the Vasil Hardfork