As remote work, injustice, and inclusivity have become pressing topics at workplaces during the coronavirus pandemic; corporate culture conflicts have started to appear in the public eyes.

Recently, Kraken, a reputed crypto exchange, released its work culture model, which every employee is supposed to follow, at a time when the Company was surrounded by the controversy where its CEO has been accused of making “hurtful comments” by some of his co-workers.

Insight into the Kraken Company Culture – Real or On-Paper? 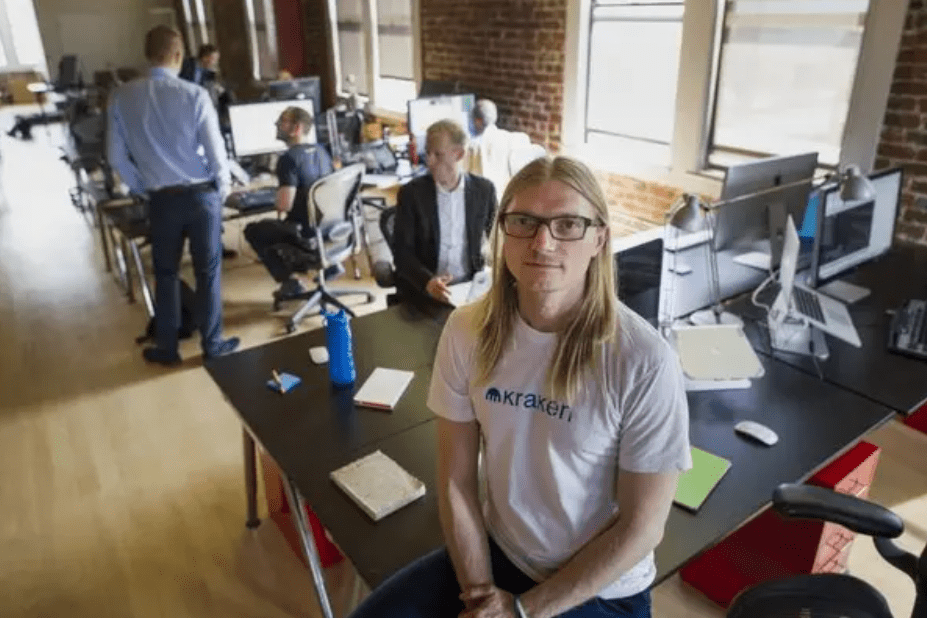 Kraken believes that crypto is for everyone, and the concept of money has been revolutionized with the proof-of-work concept as nobody, even the strongest bureaucrat or politician, has the power to decide the rules of this decentralized system.

Kraken’s Dreams About a Decentralized World

Bitcoin takes money out of politics. The conclusion is that any person can trade on the Bitcoin network as long as it can confirm ownership of its keys cryptographically. The Company believes that cryptocurrency has transformed the way of living for millions of people.

Many blockchain applications outside of Bitcoin are generating a surge of decentralized finance initiatives that are already tackling actual issues. DeFi yield farming allows the lower and middle classes to receive a financial return in a self-serve, permissionless manner. NFTs are displacing traditional ownership records, proof of identification, and event tickets, as well as enabling new kinds of digital art. Much of the centralized Internet will be replaced by free and better as part of the Web 3.0 initiative.

The mission of Kraken is to increase the worldwide adoption of crypto assets as the Company strongly believes that it will enhance the standard of living of billions of individuals and begin a “new era of human flourishing.”

The Company aims to bring this goal into reality by creating a connection between the old and new worlds, socializing with people, and delicately trying to guide them across in a way that seems organic, secure, entertaining, and better to all they’ve ever known.

The mission’s main values are unparalleled customer experience and client service. Kraken believes that the crypto space is growing at a breakneck pace, and the Company must be ready to pivot at any time due to a variety of unpredictable external circumstances.

Time must be set aside to understand the fundamentals and keep up with the latest advancements that may have an impact on Company’s customers and the business it undertakes.

Learning Initiatives By the Company, For Employees

Each Krakenite is expected to devote a few hours every week to education, according to the Company. To ensure this, Company has introduced various learning initiatives, like Kraken chat rooms, Kraken Daily Market Health Report, Kraken Intelligence Daily Newsletter, Kraken Intelligence Research Reports, and Kraken Crypto Learning and Development Courses.

Krakenites are required to utilize the Company’s products, as well as those of rivals, and to solicit user feedback while creating a new product. No Krakenite, in any function, should ever be unable to define or illustrate any of the Company’s clients’ offerings if asked. Because Krakenites are results-oriented, the Company places a high value on knowledge and skills over qualifications and presentation.

A perfect Krakenite is both well-intentioned and thick-skinned. Though Company’s intention is not to offend any person, it realizes that in a global business that prioritizes team dynamics over personal feelings, it is unavoidable.

The Company employs people from over 70 nations who speak 50 languages and represent a diverse population. As a result, the Company will inevitably have a variety of individual standards and beliefs. As a result, it accepts and embraces diversity as a reality.

Visit eToro to Invest in Crypto

Though Kraken‘s work culture ethics sounds good on paper, however, there have been serious allegations made by its former employees in the New York Times published report. Jesse Powell, the CEO of the cryptocurrency exchange Kraken, has questioned the usage of preferred pronouns, discussed who is allowed to use racist remarks, and called American women “brainwashed.”

Powell is reported to lead a discussion about “who can refer to another person as the N-word.” He informed employees that the debate over women’s intellect and risk capacity versus men’s was “not as resolved as one would have apparently imagined.” 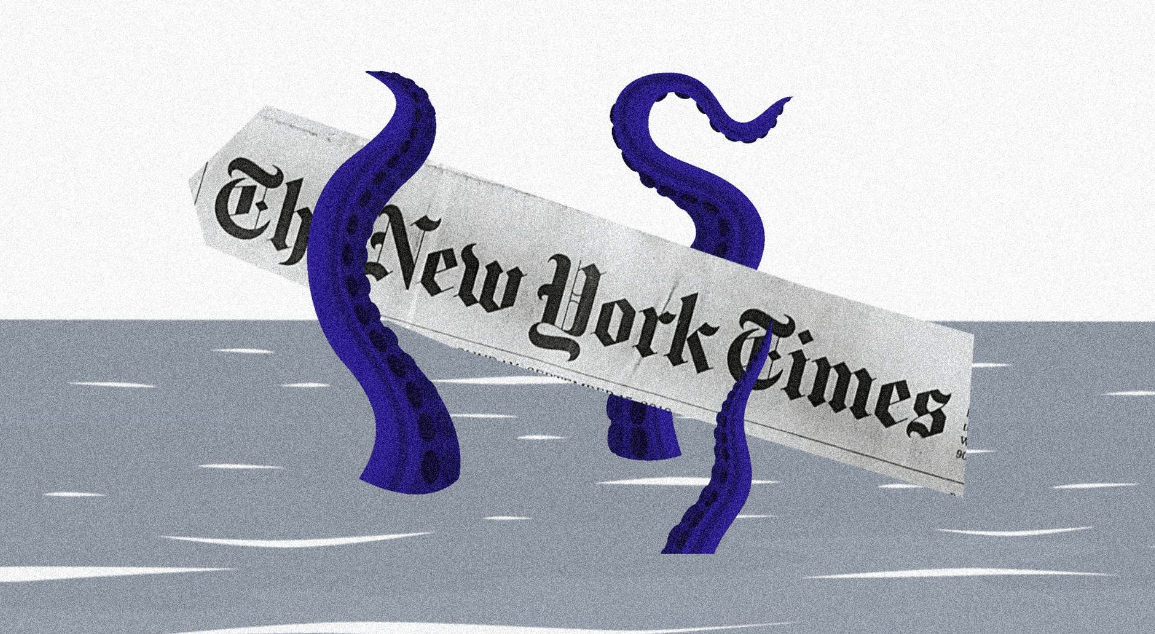 Some employees have publicly criticized the CEO for what they consider to be “hurtful” remarks. Others have blamed him for creating a hostile work environment that has harmed their mental health. People that did not want to reveal this publicly for fear of backlash say dozens are thinking about leaving.

According to this exposé, the CEO’s publishing of a work culture paper could be a cover to divert attention away from the issue. As people are becoming aware of workplace safety, security, and diversity issues, it would be interesting to see how these allegations would adversely affect the growth of the exchange.

Bits.media, a leading news outlet in Russia’s crypto space, has been blocked by Russia’s telecom and mass media watchdog, Roskomnadzor. The site is now inaccessible through most Russian internet providers, the online edition announced, stating it intends to contest the measure.

Crypto news website Bits.media became unavailable to most of its readers in Russia this week and its team found that the Russian media censor Roskomnadzor is to blame. The government agency has added an unspecified number of its pages to a register of internet sources disseminating banned information.

The block results from a ruling by the Volzhsky District Court of the city of Saratov in a lawsuit initiated by the local prosecutor’s office on March 31. The judge granted the prosecutor’s request on April 24 after considering the case in the absence of the media outlet’s owners, Bits.media explained in a post.

According to the published decision, five URLs were targeted as they contained “information aimed at promoting crimes in the field of legalization (laundering) of proceeds from crime.” It remains unclear whether only Bits.media addresses were affected and the formal reason for the measure is unknown. The platform’s founder, Ivan Tikhonov, was quoted as saying:

We are an interested party in the case, but no one notified us of the proceedings. We were not given any opportunity to remove the materials about which the Saratov prosecutor’s office had questions. We strongly disagree with the verdict.

Bits.media plans to appeal the court’s decision as it has already won a similar case in the past. In January 2015, Russian internet regulators blocked the website referring to a ruling by the Nevyansk City Court of the Sverdov region. The local prosecutor motivated his plea with the need to “protect an indefinite circle of persons.” Seven websites were restricted, but the ruling was overturned later that year.

Then, in March 2020, Roskomnadzor blacklisted five websites offering information and services related to cryptocurrencies. The forum section of Bits.media was also targeted. Just as with the website now, it was still available in Russia via VPNs and browser plugins.

Other operators of Russian crypto platforms have also successfully challenged such decisions. In March 2018, the Saint Petersburg City Court struck down a ban on 40 websites publishing crypto content. The following month, Russia’s Supreme Court overturned a ruling restricting access to the Bitcoininfo.ru portal. In May 2019, Roskomnadzor had to remove Bestchange.ru from its register after prosecutors gave up efforts to block the website.

Do you expect Roskomnadzor and the Russian judiciary to take similar steps regarding other crypto news outlets? Tell us in the comments section below.