Meet CZ: The Mastermind Behind Binance

Today we learn all about Changpeng Zhao a.k.a. CZ. He’s the CEO and founder of the world’s biggest cryptocurrency.

Changpeng Zhao is a Chinese-Canadian business executive, who is more commonly known by his cool moniker, CZ. He is the CEO and the founder of Binance, which is the world’s largest cryptocurrency exchange, based on real trading volume. CZ was born in China, but moved to Canada, at a young age with his family. CZ was previously one of the developers of “Blockchain.info” and he also served as a Chief Technology Officer of OKCoin.

CZ is massively popular among the crypto community, and through his Twitter channel, he keeps the community well informed of development and updates about Binance and the wider crypto world. Binance grew from an idea to the biggest market for crypto trading in just a few months. His efforts have helped Binance to achieve great success. CZ is currently the 11th richest person in the world, with an estimated net worth of around $96 billion.

CZ was born on September 10th, 1977 in the Jiangsu province of China. Both of his parents were teachers. His father, a professor, was labeled as “pro bourgeois intellect” and was exiled to rural areas shortly after CZ was born. This led to the eventual emigration of the whole family to Vancouver, Canada in the late 1980s. As a teenager, CZ started working to help with household expenses. For that reason, he started working at McDonald’s and did overnight shifts at a gas station. 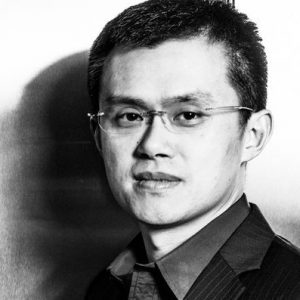 He went to McGill University and received his bachelor’s degree in Computer Science. He also had a passion for the stock markets and trading. His first job after graduation was at the Tokyo Stock Exchange where he developed software to match trade orders. Four years later, he worked at Bloomberg Tradebook as a developer where he developed software for future trading until 2005. In 2005, he moved to Shanghai. It was this time when he founded Fusion Systems which is a trading platform for brokers. Fusion Systems are known for building some of the fastest high-frequency trading systems for brokers.

In 2013, CZ learned about Bitcoin for the first time during a game of poker. Learning about Bitcoin intrigued him so much that he started bouncing around prominent crypto projects. In 2014, he sold his Shanghai apartment for $ 1 million and invested the full amount in Bitcoin. The Bitcoin price at that time was $600 and not long after his investment, it dropped to $200. Despite this decline, he didn’t sell his BTC assets. He joined Blockchain.info as the third member of the cryptocurrency wallet’s team. He has also worked with well-known Bitcoin enthusiasts like Roger Ver and Ben Reeves.

His very first direct contact with the cryptocurrency world took place when he started working as OKCoin CTO (Chief Technology Officer). It was a platform for spot trading between fiat and digital assets. It wasn’t long before he started his second company called Bijie Technology. This company developed exchange software in the cloud. At its peak, Bijie provided more than 30 exchanges with software in the cloud.

Recommended: How To Use Binance.US

THE START OF BINANCE

CZ left OKCoin to set up his own cryptocurrency exchange, combining the tech performance of high-frequency trading platforms he developed with the promise of crypto. He launched Binance in July 2017 and held the Initial Coin Offering for the investors. During this ICO, he raised around $15 Million. The investors received Binance Coin (BNB) in exchange for their investment. They paid between $0.10 and $0.50 for one BNB and in return got a nice award for their investment. One BNB is currently worth more than 200 dollars. 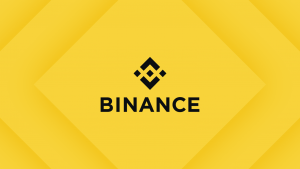 THE JOURNEY OF BINANCE

In just a short amount of time, the Binance product proved too compelling to the crypto world that in just 6 months after its launch, it jumped to number one in the crypto exchange rankings. Binance’s 1.4 million transactions per second capability have attracted 6 million users making it the world’s largest cryptocurrency exchange. CZ said, “No decentralized exchange today can handle our volume and none are as secure as we are.” CZ also launched a decentralized exchange called Binance DEX which has made significant contributions to the development of the decentralized finance industry.

Binance now supports about 120 coins working with 100 + wallets and 240 trading pairs. CZ boasts that “We have received over 5000 applications for coin listings.” But CZ and his company welcome only those projects that have strong credibility, user base, and liquidity. 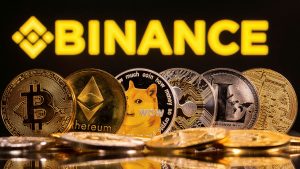 Binance was one of the first exchanges that offered a partner program. As a result, many people started to promote the company. Unlike other exchanges like Coinbase Pro, Kraken, Bittrex, etc, it was comparatively cheaper. Binance remains a global leader in crypto trading thanks to CZ’s drive and initiative. Binance has now spread to more than 40 countries serving 180+ territories around the world. With such unprecedented success, CZ has rightly become a legend in the crypto world.

The post Meet CZ: The Mastermind Behind Binance appeared first on CryptosRus.

Why so few ERC20 have hard coded inflation in it?

Also considering the lack of questions (1) regarding how to build the mechanism.

Also considering the lack of questions (1) regarding how to build the mechanism.

Meet CZ: The Mastermind Behind Binance