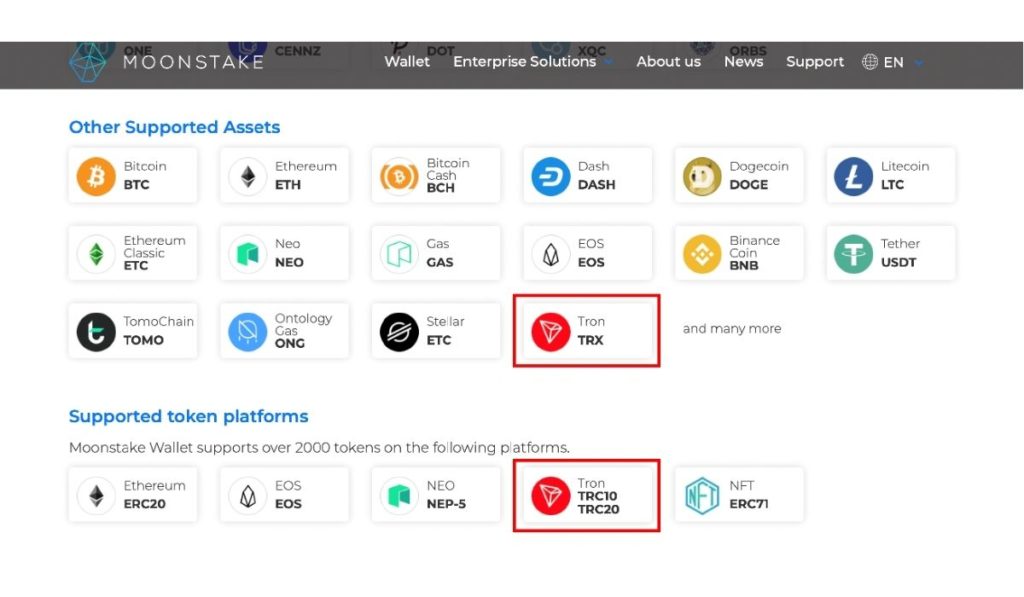 Launched in Aug. 2020, Moonstake aims at becoming Asia’s largest staking network. The platform’s user-friendly Web and Mobile Wallets (both in iOS and Android version) support over 2,000 cryptocurrencies. Currently, Moonstake boasts $1 billion worth of staked assets, making it one of the top 10 staking providers worldwide.

Even more, Moonstake ventured into DeFi in March this year. DeFi platform Muse. Finance plans to integrate its DeFi products into Moonstake to enable DeFi connectivity to its global users.

On the other hand, TRON is one of the world’s largest blockchains renowned for its huge and highly active community of worldwide users and developers. Using its energy-efficient dPoS consensus mechanism, TRON provides high scalability, high throughput, and high availability of decentralized applications (DApps) on its ecosystem.

Notably, TRON’s DApps are also supported by major partners including global tech giant Samsung, BitTorrent, Opera, Poloniex, and Swisscom Blockchain, among many more. These characteristics have made TRON one of the fastest-growing DeFi ecosystems, with over 55 million global users and over 2 billion cumulative transactions.

Moreover, TRON’s TRC20 protocol presently has the largest circulation of stablecoins globally at 36 billion USDT. TRX is used in paying for in-game assets, rewarding creators for their entertainment content, and as currency in gaming or in purchasing additional access.

Another one of TRON’s achievements is listing as a VanEck ETP (VTRX) on the Deutsche Boerse. This increased investor exposure to TRON, in addition to placing it on the top ranks next to Bitcoin and Ether.

To stake TRX via Moonstake Wallet, all users need to do is select TRX on Moonstake Wallets and click the “Add Asset” button. Users can then access the TRX screen to check their staking information and click the “Staking” button to complete staking. Staking rewards are distributed by the Super Representative depending on the rules they set. Annual rewards (APY) are about 5.4% and users can claim their rewards once every 24 hours.

Users of the TRON network can also vote for the Super Representatives/Super Partners they support. Voting requires TRON Power (TP) which is obtained by freezing (staking) any amount of TRN tokens for three days.

Super Representatives are charged with block generation and transaction packaging, in exchange for 9% block rewards and 91% voting rewards. Super Partners only receive voting rewards. Both, however, have been allowed to raise network-developing proposals for the TRON network.

Moving forward, TRON and Moonstake are jointly exploring more ways to bring DeFi and staking abilities to both their ecosystems.