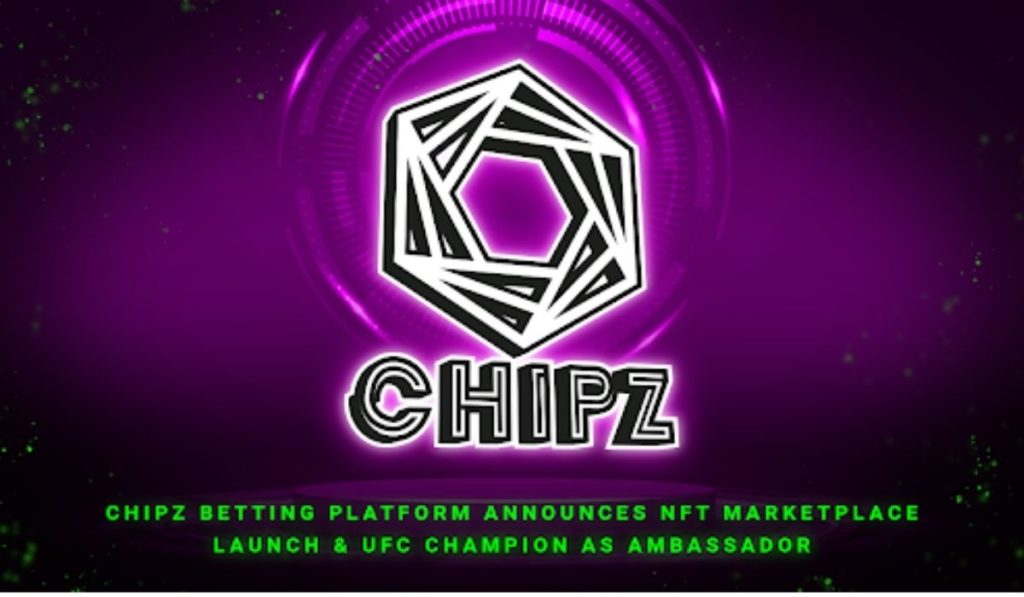 Notably, the drive allows players to buy, sell and use a limited selection of NFT cars. These include F1 Racers, Supercars, street racers, and Single Edition Vehicle NFTs, all of which are exclusively listed on Chipzdrive.io.

Additionally, mychipz.io has announced renowned UFC champion, Nick Diaz, as its first major brand ambassador. In promotion of this announcement, Chipz has extended the CHPZ public sale and NFT giveaway until the press conference for his fight at UFC 266, where he will be wearing a Chipz cap and promoting the project.

Later this month, the DeFi betting innovator plans to release a selection of Chipz mini-games alongside other exciting market releases leading up to the platform’s Q4 launch.

Importantly, mychipz.io allows its users to become independent bookkeepers. Users take bets from each other for many different sports using the platform’s native ERC-20 token, CHPZ.

To participate, users need to register on the platform, open an account, choose a payment plan and link it to a non-custodial wallet. Thereafter, users get to create personal betting rooms using the Chipz interface. There, they can choose a sport, determine the betting conditions and then start taking bets.

For transparency, Chipz utilizes smart contracts to automatically execute awards to winning bets at the end of the event. The feature also lets those betting rate the bookkeeper before the closure of the room, keeping bookkeepers accountable.

After its launch, the platform will host betting for all kinds of sports from the NFL, NBA, and esports to video games, and casino games among others. mychipz.io stands out as it has no bet limits, no KYC and it has a CHPZ lending protocol.

Moreover, Chipz will be the first betting platform to incorporate CHPZ staking and yield earning. Staked CHPZ will be locked in a Uniswap liquidity pool, with stakers receiving 3% of the total revenue from winning payouts. No profit will be lost from fees, unresolved or canceled bets.

Interested persons are now invited to be their boss with Chipz and earn from running a sportsbook and selling limited edition NFTs.