Nomad loses $109 million worth of tokens to exploitation

Renowned cross-chain protocol, Nomad bridge, has now been exploited. Nomad confirmed the security breach in a Twitter post. Reportedly, the token bridge became the latest victim of security exploitation after a suspected hacking team siphoned a huge amount of tokens from its network.

DeFi tracking platform DefiLlama reported that over $190.7 worth of tokens were carted away from the bridge. DefiLlama further states that the aftermath of the exploitation leaves $651.54  remaining in the wallet.

Shortly after the exploitation, Ethereum Virtual Machine (EVM) Hub Evmos vowed to support Nomad during this trying period. Recall that Evmos is one of the numerous blockchains supported by Nomad. In a Twitter post, the protocol promised to collaborate with other community participants to aid the recovery of funds stolen from the Nomad bridge. According to the EVM hub, the exploitation of the bridge inflicted dire consequences on its network.

Notably, Nomad says it has commenced an investigation to unravel the circumstances behind the breach. It, however, warns members of its community against falling prey to any impostor promising a refund on behalf of the protocol. According to the token bridge, no refund strategy is in place yet. Nomad hinted that its major focus now is to investigate the exploitation.

To achieve this, the cross-chain protocol has now collaborated with various security firms to probe the attack. Nomad also confirmed that it had briefed law enforcement agencies on the exploitation. The protocol intends to identify the accounts involved in the exploitation in a bid to recover the siphoned funds. It, however, promised to keep updating the general public as the investigation unfolds.

China-based blockchain analysis firm Peckshield hinted that numerous accounts took part in the exploitation. Peckshield further that one of the hackers had recently inflicted attacks on several DeFi platforms, including Rari Capital and Fei Protocol. Reportedly, the exploitations carried out last April led to a total loss of over $80 million.

As of the time of filing this report, one of the suspected exploiters has reached out to Nomad. In a Twitter post, the individual, “Notifi Bot,” described the attack as white exploitation, promising to return. the siphoned funds. According to Notifi Bot, “This is a white hack. I plan to return the funds”.

The Office of the Comptroller of the Currency (OCC), an independent bureau of the US Department of the Treasury, issued interpretive letters in 2020 and 2021 on banks’ activities in the crypto industry. The activities included providing cryptocurrency custody service for customers, holding deposits that serve as reserves for certain stablecoins, operating independent node verification::Listen 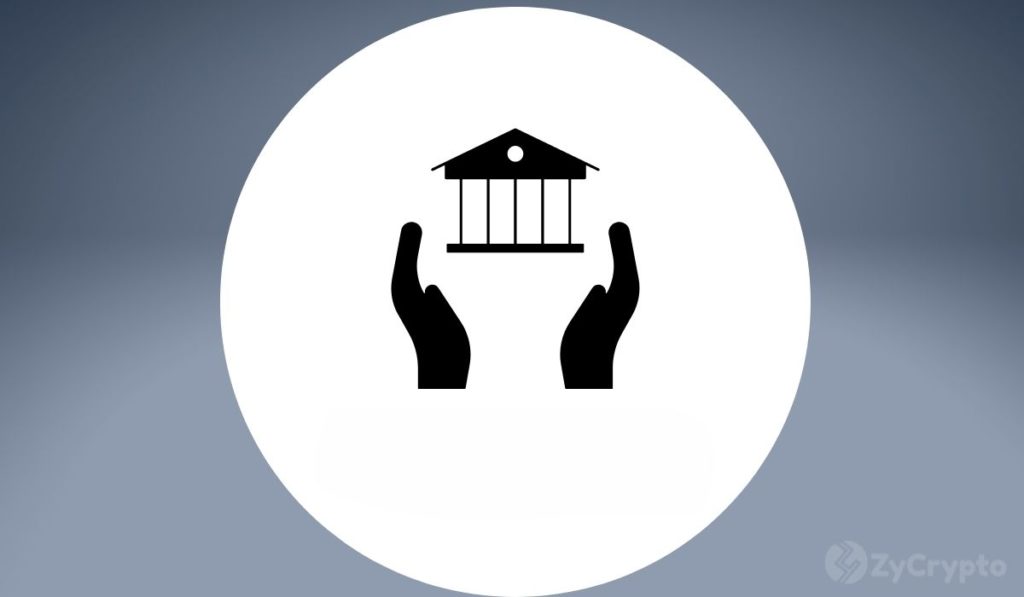 The Office of the Comptroller of the Currency (OCC), an independent bureau of the US Department of the Treasury, issued interpretive letters in 2020 and 2021 on banks’ activities in the crypto industry. The activities included providing cryptocurrency custody service for customers, holding deposits that serve as reserves for certain stablecoins, operating independent node verification networks (INVNs) and engaging in stablecoins activities that facilitated payment transactions on a distributed ledger.

In a November 2021 interpretive letter, the OCC further stated: “This letter clarifies that the activities addressed in those interpretive letters are legally permissible for a bank to engage in, provided the bank can demonstrate, to the satisfaction of its supervisory office, that it has controls in place to conduct the activity in a safe and sound manner”.

Following recent events in the crypto industry, some US senators have written to the OCC requesting it withdraw its interpretive letters to the banks on cryptocurrencies. The August 10, 2022, dated letter read: “In light of recent turmoil in the crypto market, however, we are concerned that the OCC’s actions on crypto may have exposed the banking system to unnecessary risk, and ask that you withdraw existing interpretive letters that have permitted banks to engage in certain crypto-related activities.”

The letter further requested the OCC to coordinate with the Federal Reserve and the Federal Deposit Insurance Corporation to develop a comprehensive approach that adequately protects consumers and the safety and soundness of the banking system.

In a separate letter dated August 8, 2022, the American Bankers Association (ABA) responded to an executive order (EO) through the US Treasury Department requesting information and comments on the responsible development of digital assets.

In their response, the ABA highlighted the risks posed to consumers by crypto companies not subject to consolidated federal regulation and supervision. The ABA letter read: “We are concerned that very little activity seems to have been undertaken since the EO was issued to rein in these non-bank crypto companies. At the same time, bank regulators have taken a very cautious approach, instructing banks to seek formal non-objection to any activities in the digital asset market”.

The ABA called for regulatory clarity and a level playing field for banks and non-banks to enhance innovation and competitiveness in the digital assets market. The ABA letter stated that: “Banks are subject to a comprehensive regulatory framework and consolidated supervision that enables careful implementation of digital asset activities. Backed by a culture of risk management and compliance, and subject to supervision and examination, banks are better equipped to identify any risks and remediate them in a timely manner that mitigates harm to consumers and other market participants”.

The ABA letter concluded that “Digital assets represent a rapidly developing marketplace, and banks are actively evaluating ways to safely and responsibly compete”.

The multi-pronged approach calls for a more transparent regulatory framework, combined with a culture of risk management whilst at the same time protecting consumers in the crypto industry.

Nomad loses $109 million worth of tokens to exploitation