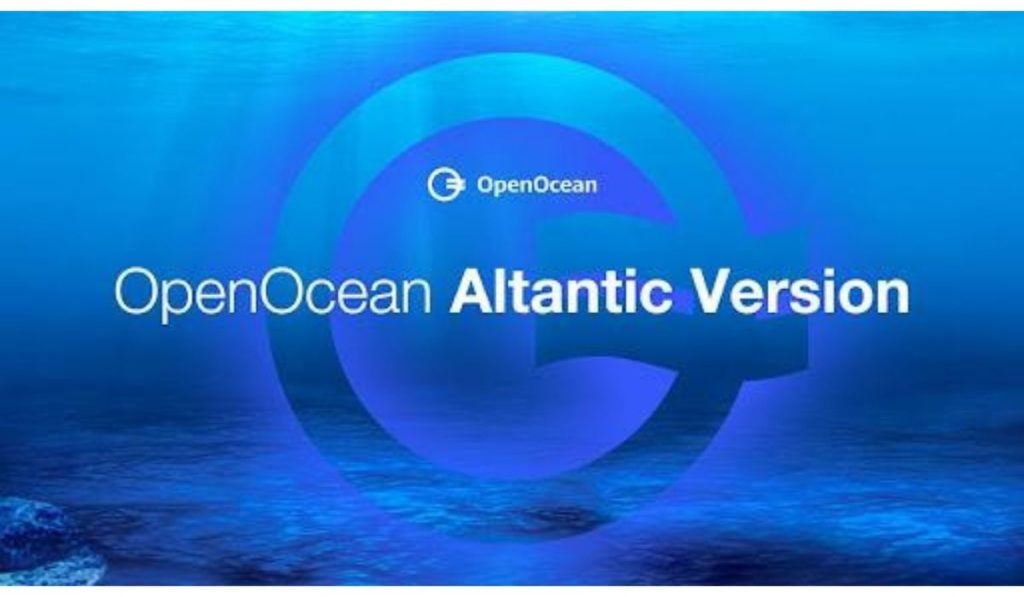 OpenOcean, a one-stop full chain aggregation protocol that acts as a bridge between DeFi and CeFi has launched a new version of its platform, OpenOcean V2.

The new development reflects OpenOcean’s efforts to serve as the world’s most preferred choice for best-priced cross-chain swaps. Thus, it has tagged its newly launched OpenOcean V2 as OpenOcean Atlantic. A new version that’s designed to introduce a lot of new features to the platform.

According to the announcement, the newly launched OpenOcean runs across aggregated networks like the Binance Smart Chain, Avalanche, Polygon, Solana, and Fantom, while also providing support for OKExChain, Tron, Ontology, and Heco.

OpenOcean has offered all the benefits that come with extended features of its platform, free of charge to existing and potential users. Thus, the platform appears to be outperforming other DEX aggregators on the market.

The Atlantic Version adopts a superior algorithm and protocol upgrade with the potentials of trading for the best possible returns. The algorithm leverages multiple parameters, such as better price, lower gas fee & slippage, and optimized routing which are enjoyable for OpenOcean’s users.

Per the announcement, the team did not only launch a new version for its platform, but they had also enhanced the routing algorithm, front page, and roadmap for more effective functionalities, while also unveiling more enhanced promising features from its plan to soon overhaul the trading terminals.

OpenOcean has attained lots of milestones since its launch in late 2020, and it is seeking to achieve more of it. As such, the platform is not relenting on improving and enhancing its products and services. All of these upgrades are traced down to the company’s efforts to achieve its main focus of improving spot trading and derivative aggregations.

The founder and manager of several cryptocurrency funds has pleaded guilty to luring investors to his crypto investment scam. His funds consistently lost money and his scam left investors with a $5 million loss, according to the U.S. Department of Justice (DOJ).

The U.S. Department of Justice (DOJ) announced Tuesday that Jeremy Spence (aka Coin Signals) has pleaded guilty in a fraudulent cryptocurrency investment scheme.

Spence “solicited over $5 million from more than 170 individual investors for various cryptocurrency funds that he operated, after making false representations in connection with these funds,” the DOJ explained. Spence was charged in June.

Jeremy Spence, a/k/a, ‘Coin Signals,’ admitted today to luring investors to his cryptocurrency investment scam by touting fictitious historical returns of up to 148%.

“In reality, Spence’s investments consistently lost money, and his scam left investors with a $5 million loss,” the Justice Department continued.

The Department of Justice noted:

Investors who wanted to participate in a fund would transfer cryptocurrency, such as bitcoin and ethereum, to Spence in order for Spence to invest it.

“To hide his trading losses, Spence used new investor funds to pay back other investors in a Ponzi-like fashion,” the DOJ described, adding that he “distributed cryptocurrency worth approximately $2 million to investors substantially from funds previously deposited by other investors.” The Justice Department elaborated:

Spence, 25, pled guilty to commodities fraud, which carries a maximum sentence of ten years in prison.

What do you think about this case? Let us know in the comments section below.