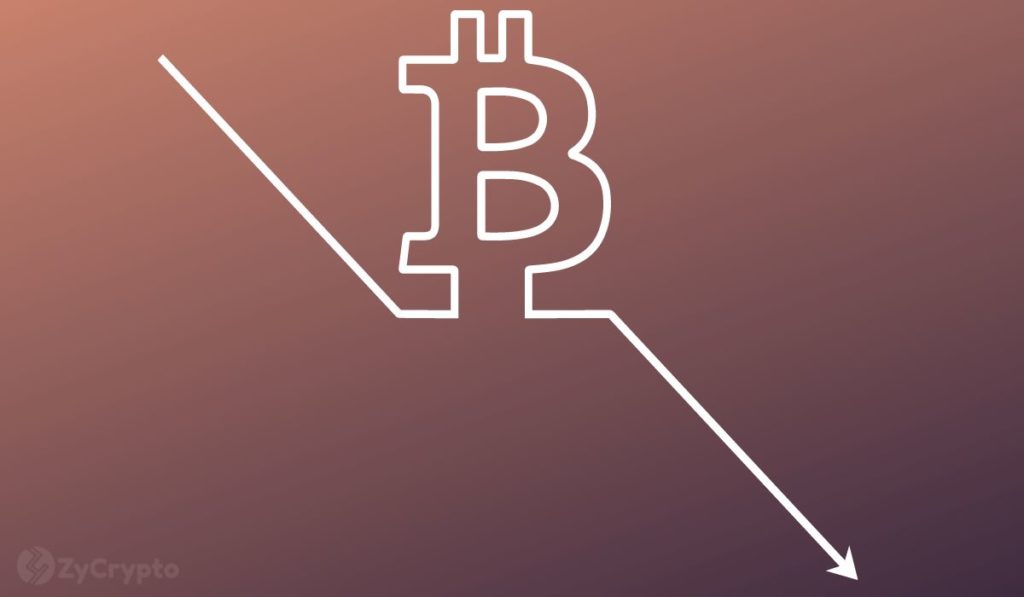 In the past seven or so months, Bitcoin has embarked on an enduring sell-off, tagging along with altcoins and DeFi projects. Labeled as the largest wealth destructive event in the history of tech, the crypto market has shed over $1.5T in less than a year. On Saturday, the global cryptocurrency market cap sat at $833 billion after major coins plunged further.

Bitcoin, Ethereum, and other cryptocurrencies have been weak as a result of different factors including regulatory fears, DeFi clash fears, the war in Ukraine, the Fed’s monetary policy, and most recently, looming recession fears.

On top of that, onchain metrics have been fairly negative for BTC during the ongoing drop with more investors jumping ship, as depicted in the rise of exchange inflows last month. Although exchange outflows have still managed to surpass inflows, the high number of coins being sent to exchanges by miners and other investors remains a cause of alarm.

The exchange inflow metric is a closely watched indicator in the crypto space as a drop in the number of coins entering exchanges could trigger a supply shock catapulting prices higher with enough buying pressure and vice versa.

Technically, investors have also been grappling with price breaking and closing below the $28,000 and $20,000 support areas with every breach dampening the prospects of a recovery.

That said, despite the ongoing carnage, Bitcoin supply on exchanges has dropped rapidly this month after an uptick of panic sales in early May. According to prominent crypto analytics firm Santiment, in the past five days alone, 0.6% of BTC’s supply (114,000 BTC) has moved off exchanges

This “is indicative of hodlers who stuck with BTC through this downfall being content with volatile markets at this point and willing to ride it out.” Santiment wrote on Saturday.

Glassnode, a firm specializing in crypto on-chain analysis stated earlier this week that HODLers are the biggest support to Bitcoin’s price in the current phase. Despite suffering the greatest pain in terms of realized losses, this cohort is relatively insensitive to price movements, making it more likely to weather volatility and price drawdowns in the pursuit of long-term value.

Since tapping an all-time high of $69,789 last November, Bitcoin has dropped by over 72%, with the asset losing over 8% in the past twenty-four hours alone to trade at $19,047 at press time.

I’m very new to Solidity and facing a dumb problem. I’m trying to create a contract that pays my employee Mike (ex). Here, withdraw() function worked as expected. It returns ETH to my wallet again from the contract after I funded (fund()). Also the contract balance(balance()) is updated accordingly. However, for payMike function, when I::Listen

I’m very new to Solidity and facing a dumb problem. I’m trying to create a contract that pays my employee Mike (ex).

Here, withdraw() function worked as expected. It returns ETH to my wallet again from the contract after I funded (fund()). Also the contract balance(balance()) is updated accordingly.

However, for payMike function, when I put my wallet address to _to and put the value in paycheckInUsd here for instance, 111 (around 0.1 eth), like the photo I attached below, it keeps trying to send to a randomly generated new contract address(0xEOO~). Also even after the transaction confirmed, the balance of the contract is not updated which I assume means the transfer in payMike didn’t work or I wrote something very wrong. Please let me know what I’m doing wrong here or any advice on my code would be greatly appreciated. Thank you. 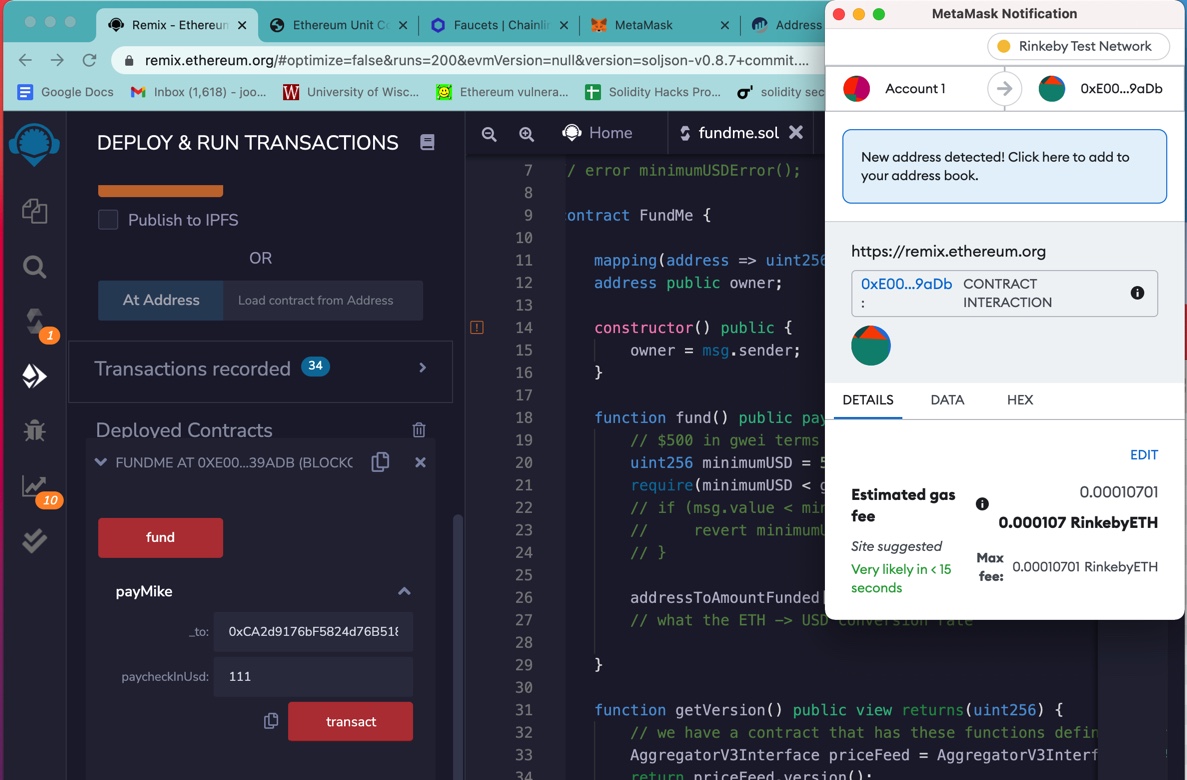