Ransomware attacks in the U.S. have been on a rise since late 2020, but it is particularly booming in 2021. This year, hackers have hit numerous U.S. companies in large-scale hacks. One such attack on pipeline operator Colonial Pipeline led to temporary fuel supply shortages on the U.S. East Coast. Hackers also targeted an Iowa-based agricultural company, sparking fears of disruptions to grain harvesting in the Midwest. Schools, insurance companies, and police departments have also suffered from these attacks.

In response to this, the U.S. Treasury’s Financial Crimes Enforcement Network (FinCEN), charged with safeguarding the financial system from illicit use, released a Financial Trend Analysis. FinCEN published the report on Friday, October 15, 2021.

The report analyzed the considerable growth in ransomware payments in the first six months of 2021 and the relative difference from last year.

Ransomware Attacks In The U.S.

U.S. Treasury Secretary Janet L. Yellen recently noted, “Ransomware and cyber-attacks are victimizing businesses large and small across America and are a direct threat to our economy.” According to the report, FinCEN analysis of Suspicious Activity Reports (SARs) filed during the first half of 2021 indicates that it is an increasing threat to the U.S.

The U.S. Treasury Department said the average amount of reported ransomware transactions per month in 2021 was $102.3 million. FinCEN identified bitcoin (BTC) as the most common payment method in reported transactions. Approximately $5.2 billion in outgoing BTC payments tied to the top 10 variants over the past three years. It noted that USD figures cited in this analysis are based on the value of BTC when the transactions occurred.

BTC trading at over $60.7K | Source: BTCUSD on TradingView.com

If the trends keep up, hackers could make more from ransomware this year than they did in the previous ten years combined.

The U.S. government has been working to clamp down on attacks from hackers. The Biden administration has made the government’s cybersecurity response a top priority following a series of attacks this year that threatened the U.S. energy and food supplies.

Earlier this month, the Justice Department announced the launch of a National Cryptocurrency Enforcement Team to go after the exchanges that expedite crime-related transactions, like ransomware demands.

In September, Wall Street Journal reported that the Biden administration was “preparing an array of actions, including sanctions, to make it harder for hackers to use digital currency.”

Also last month, the Department of the Treasury’s Office of Foreign Assets Control sanctioned crypto exchange SUEX OTC, S.R.O. (SUEX) for facilitating financial transactions for ransomware actors. This action was the department’s first such move against a virtual currency exchange over ransomware activity.

How can I verify and publish contract source code?

Below is the info I got upon trying it, I used a flattened version of the contract from remix.

Below is the info I got upon trying it, I used a flattened version of the contract from remix. 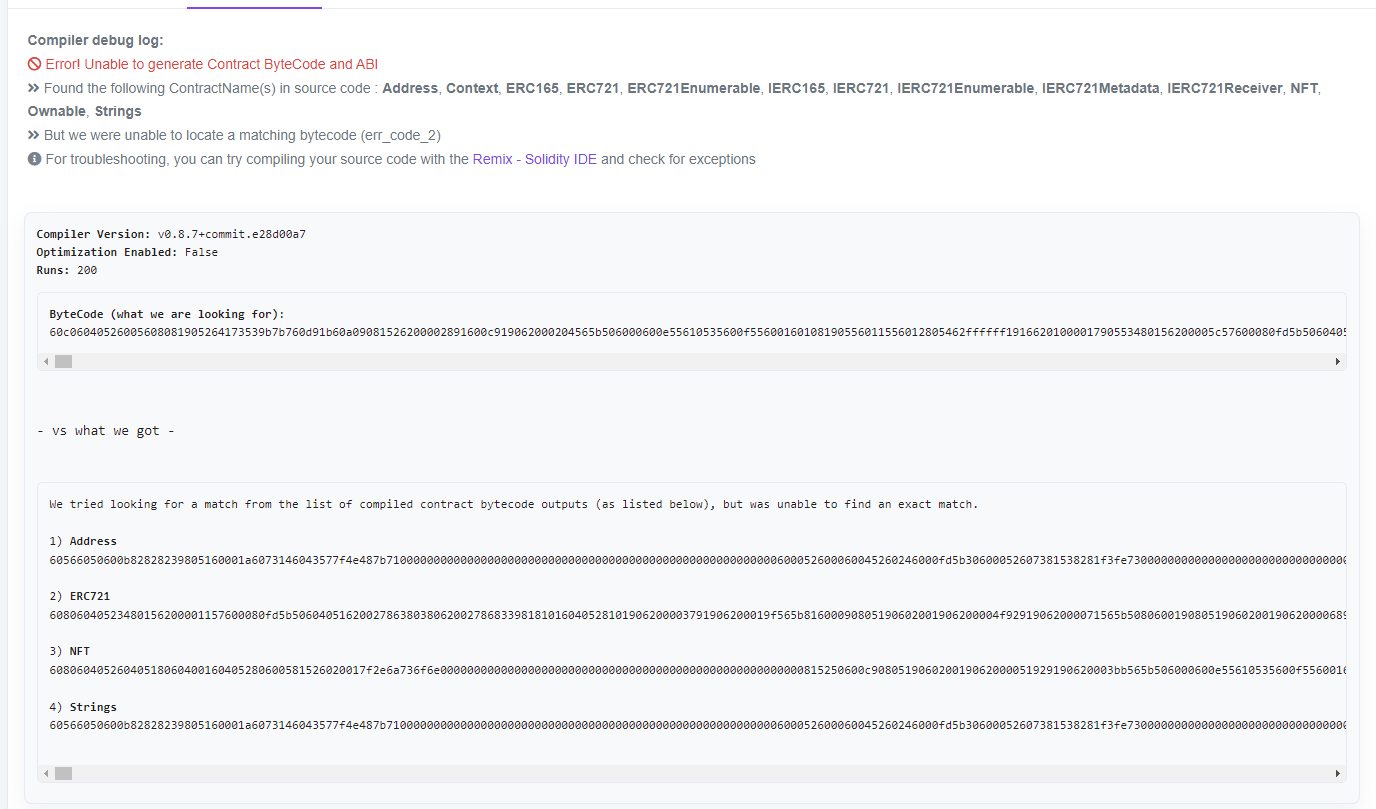