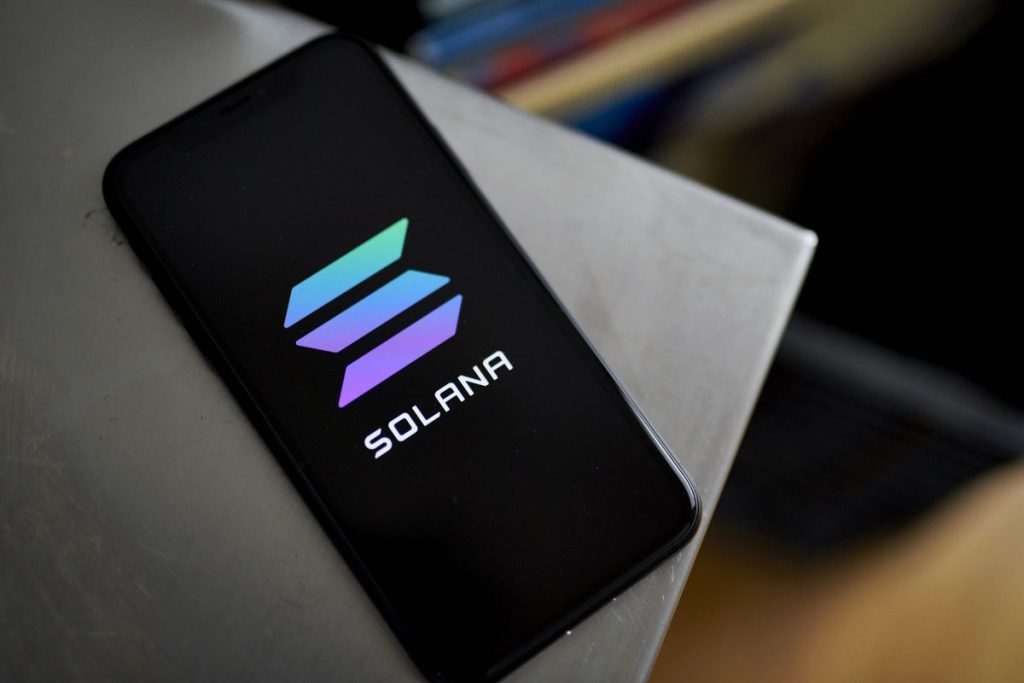 Bitcoin reached that high on Wednesday, but has since dropped to $64.2K on Thursday, and is now at $64.8K. Solana, the sixth most valuable cryptocurrency by market capitalization, beats its peers. SOL was able to entice all of the bulls into its market, gaining 12.4 percent in the last 24 hours. SOL was trading at …

Grayscale launches Solana (SOL) trust after 11,000% rally in past year

The world’s largest digital currency asset manager, Grayscale Investments, recently announced the launch of its sixteenth investment product that will be tracking the performance of Solana. Often referred to as one of the “Ethereum killer” networks, the Proof of History (PoH) blockchain built by Solana Labs gained traction by leveraging fast transactions at low cost::Listen

The world’s largest digital currency asset manager, Grayscale Investments, recently announced the launch of its sixteenth investment product that will be tracking the performance of Solana.

Often referred to as one of the “Ethereum killer” networks, the Proof of History (PoH) blockchain built by Solana Labs gained traction by leveraging fast transactions at low cost and minimal energy consumption.

Solely and passively invested in Solana, the new trust joined the long list of the company’s single-asset investment products, which provide exposure to Bitcoin, Ethereum, Chainlink, Decentraland, and Filecoin, to name a few.

The digital asset class is growing, and we’re expanding our offerings along with it! Gain exposure to $SOL, the native token of the @Solana network, through new Grayscale #Solana Trust. Learn more: https://t.co/QiT6u0xI7h pic.twitter.com/KAxRZAriRl

“We have had a front-row seat to the mainstream acceptance and adoption of crypto, and increasingly find that investors are diversifying their exposure beyond digital assets like Bitcoin and Ethereum. Our family of Grayscale products will continue to expand alongside this exciting asset class, as we remain committed to offering investors opportunities to access the digital economy,” said Grayscale CEO Michael Sonnenshein.

According to the announcement, the product is already available for daily subscriptions by the eligible individuals and institutional accredited investors.

Covering everything from DeFi and Web3 applications to games and NFTs, with over 350 projects built on Solana, the network’s ecosystem continues expanding.

An impressive 11,000% rally in the past year was interpreted by market watchers as Solana hitting ‘escape velocity.’

one thing i took away from sol conference is a few times devs repeated how ppl told them not to go to solana early on b/c "it's a scam chain". now that development is reaching escape velocity and price has validated them, you think it slows down? you think there's no "culture"?

At the point of exponential growth, with a current $65 billion market cap, Solana became perceived by large players, including hedge funds and big corporations, as a safer investment.

Earlier this month, comments about VCs manipulating prices on the market started to circulate on Twitter.

Meanwhile, accusations that the project lied about the token supply added oil to the fire.

After an audit, it was discovered that Solana lied about their supply.

Instead of being 8 million, it’s 20 million. They lied & had 12M coins hidden in a “market maker” wallet.

They’re also partnered with Tether, which is why I stay very far away.

However, with institutional investor interest on the rise, the price of Solana is up 9,7% during the past 30-day period, according to CoinGecko.

“In terms of inflows relative to assets under management (AuM), Polkadot and Solana continue to be the winners, with inflows representing 8,6% (US$11,5m) and 5,9% (US$14,6m) of AuM respectively last week,” added the report.

Without a doubt, 2021 unraveled as an impressive year for Solana.

The post Grayscale launches Solana (SOL) trust after 11,000% rally in past year appeared first on CryptoSlate.