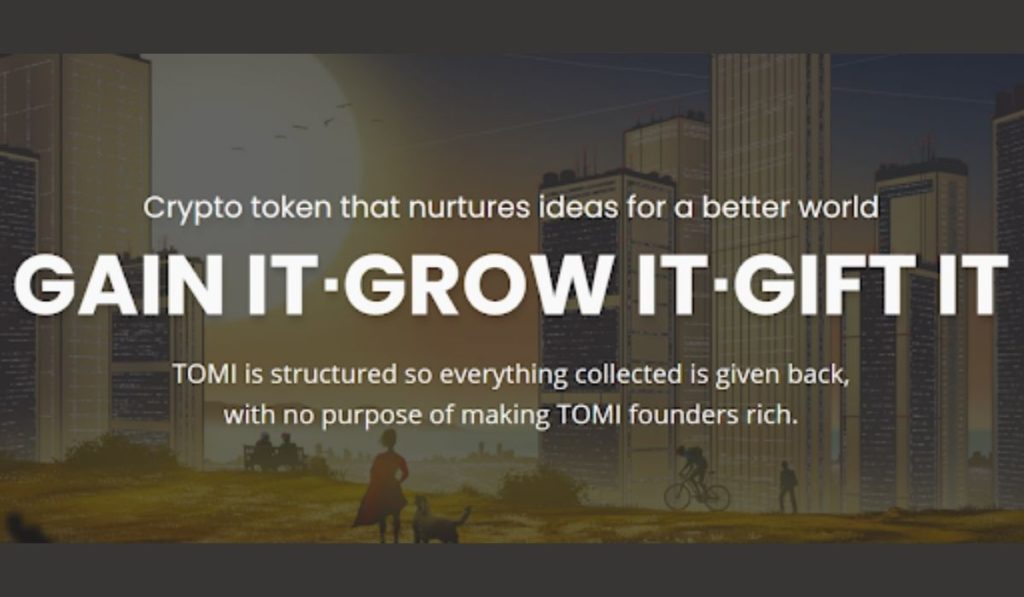 TOMI token has attracted huge investor interest since the launch of its presale through an NFT collection. With it, the token’s team was able to cut the TOMI token supply, with presale investors now looking at a stunning 56,655% increase in value.

Notably, the Tomi team launched the token presale in three separate rounds, each lasting a brief 30 minutes and having different pricing for the token as dictated by the market. SushiSwap (Polygon) was chosen for trades due to its fast transaction speed and low fees.

Currently, the token has 485 holders as per DEXTools, with each round of the presale having sold out. Additionally, the team had allocated an initial 750 million to the SushiSwap pool. Today, that number stands at 4.922 million with the overall daily volume of the pool at over 8.4 million. This confirms users’ high demand for the token and its liquidity rewards.

To date, the TOMI pool has had 5,539 transactions with an impressive ROI of over 54,600%. Therefore, both the TOMI IDO and the token’s subsequent trading have been an overwhelming success, and none of the investors have regretted their choice.

On top of that, the Tomi heroes NFT collection finalized with a trading volume of over 450 Ether. Employing a deflationary model, all proceeds from the NFT sale were used to buy back Tomi tokens and burn them forever. The following address was used for transparency of the process: 0x000000000000000000000000000000000000dead.

According to a recent announcement, the Tomi community now controls its liquidity, handling how it is used and distributed across decentralized exchanges. All liquidity from SushiSwap has been put in the master address. More so, 600 ETH from the liquidity pool has been used to purchase the TOMI token to increase its value.

The Tomi team can now place more focus on the development of several community-oriented activities, such as staking rewards, airdrops, and more. The first of Tomi’s new projects is TomiSwap, set to launch on Ethereum on Oct. 2021. The decentralized exchange and swapping platform will allow asset exchange across multiple blockchains at a high transaction throughput.

Importantly, gas fees will be capped to just 0.3% of the amount sent. Transactional fees will be divided among liquidity providers, governance token stakers, TOMISwap user giveaways, and TOMIFundMe at 66.6%, 16.6% respectively, and 8.3% each for the last two.