Uncover The Grandeur Of The Universe Beyond Your Wildest Dreams With The Space Coin Project! 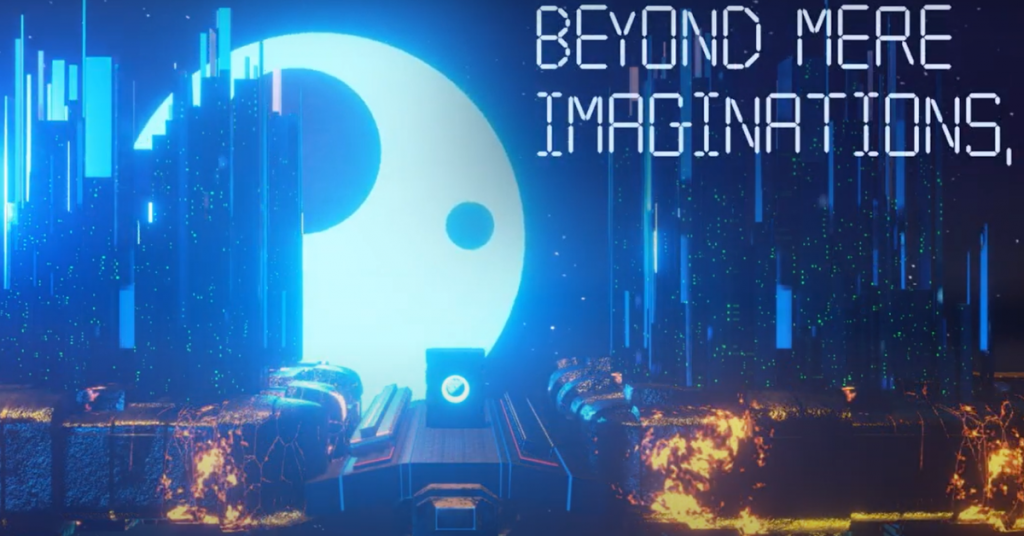 The post Uncover The Grandeur Of The Universe Beyond Your Wildest Dreams With The Space Coin Project! appeared first on Coinpedia – Fintech & Cryptocurreny News Media| Crypto Guide

Corporate Space Flight is a new industry whose goal is to make the life-changing adventure of space flight accessible to the general public.

A mission that was previously only possible to the globe’s top skilled astronomers after decades of rigorous instruction is now open to everyone who can buy tickets.

Virgin Galactic was one of the first organizations to promote space travel as a tourist attraction, and the response has indeed proved overwhelming.

They now have almost 700 bookings, with earliest flights scheduled for 2023. However, a lottery visit for a 90-minute space voyage starts  at $450,000 – a sum that excludes 99.9% of the world from taking these voyages.

The difficulties do not really end here. Queueing periods can be months long since only a few tickets are accessible on a restricted set of spacecraft. Furthermore, travelers must complete basic astronaut education, the majority of enterprises are situated in the United States and service English-speaking customers, and corporations have the option to choose who may and may not go. Clearly, the entrance hurdles remain considerable.

The Space Coin Project aims to address some of these issues by introducing decentralization and reasonable charging, allowing ordinary consumers to obtain or win tickets to see the splendor of the inky black heavens we name space.

What is the Space Coin Project?

Space Coin Project was founded on the idea of creating a decentralized system that allows anybody in the world to purchase reservations to seats on the ship; Space Coin Project aims to establish a balanced and equal treatment for the expense of a journey to space, and to make space travel accessible to all. A trip to space costs roughly half a million dollars each ticket, which implies that practically anyone in the world will be unable to take advantage of this chance.

What sets the Space Coin Project apart from others?

With space travel businesses reserving seats for powerful persons, access to American/English speaking facilities and a place on the spacecraft gets difficult for anyone without the necessary contacts. The Space Coin Project addresses this issue by establishing a social movement with a decentralized organization at its heart to serve the global audience of spatial lovers and win the interest and acknowledgment of the companies who operate such excursions. Space Coin Project, as a leading concierge service, ensures your convenience irrespective of wherever you are in the globe!

The Space Coin Project is developing a concierge service that will allow people to affordably pay and go to spaceflight. As space flight is becoming relatively widespread, the number of firms provided by different companies may grow, but the pricing, as well as the care rendered, will vary substantially. Individuals can exchange the tokens for the tickets of their choosing as part of the Space Coin Project’s procedure. The Space Coin Project Concierge will provide you with personalized perks as part of your transaction. Customers may now evaluate firms and other offerings side by side and tailor overall journeys to personal preferences.

The SpaceDAO is already in command of burning tokens in a reasonable manner in order to get funding in order to buy tickets for diverse space missions. Whenever a customer buys a Space travel with SPJ, they must submit tokens to a smart contract in the amount of the space flight ticket. After that, the tokens are burnt, causing the SpaceDAO to remove liquidity out of contract.

Individuals who possess SPJ have the rights to engage in SpaceDAO and voting on crucial projects, such as further modifications to the winner pick and liquidation procedure. Perhaps the main crucial aspect of the SpaceDAO is calculating how many tokens a client will have to exchange on a journey to space.

The initial supply of SPJ is 5 Billion, and the token will be first available on fair launch on token offering on SushiSwap. Nearly 2 billion of SPJ token are in circulation which is equal to

10,000,000 USD. If you want to purchase SPJ tokens, you can find them on 3 most popular exchanges like PancakeSwap, QuickSwap, and SpookySwap. You need to connect your wallet like Metamaskor any trustable wallet of your choice and start your journey to space. Currently, the Space Coin Project supports swapping between SPJ and ETH.

How do holders of SPJ earn?

In the Space Coin Project ecosystem, SPJ is a utility token. It’s the main way to communicate with the web3’s burgeoning decentralized space travel club.

The Space Coin Project is a game – based and unique system which allows regular individuals to win a journey to space just by possessing a token. There will be competitions and chances to earn a trip to space for everyone with just one SPJ. Building partnerships with space travel businesses and enrolling their participation in these competitions is an important aspect of this mission. SpaceDAO aims to bring together all the centralized and decentralized space fan groups in a never-before-seen fashion.

What Does the Future Hold for the Space Coin Project?

The Commercial Spaceflight Federation is the commercial spaceflight industry’s primary voice. CSF and its 85+ members, who were founded in 2006, are creating the groundwork for a long-term space economy and democratizing access to space for scientists, students, citizens, and corporations. SpaceDAO and the Space Coin Project want to collaborate with organizations like the Commercial Spaceflight Federation. Through the promotion of web3 technology, SpaceDAO hopes to inspire the next generation of engineers and explorers on Earth.

What you are waiting for Join this fantastic journey of space now – Space Coin Project.

Bitcoin Reserve Risk Falls To 2015 Levels, What Happened To BTC’s Price That Year?

Bitcoin has returned to the $20,000 area after experiencing rejection. The cryptocurrency has been displaying some strength during today’s trading session despite a spike in the U.S. dollar which signals danger for risk-on assets. Related Reading | Cardano Releases New Update On Testnet, How Will The Price Respond? At the time of writing, BTC’s price trades::Listen

Bitcoin has returned to the $20,000 area after experiencing rejection. The cryptocurrency has been displaying some strength during today’s trading session despite a spike in the U.S. dollar which signals danger for risk-on assets.

Related Reading | Cardano Releases New Update On Testnet, How Will The Price Respond?

At the time of writing, BTC’s price trades at $20,300 with a 2.2% profit in the last 24 hours. Data from Material Indicators (MI) records an increase in buying pressure from Bitcoin whales with bid orders of over $1 million (brown in the chart below).

Large investors have been accumulating BTC over the past week as the cryptocurrency moved below its current levels. BTC Whales could have been preparing for bullish continuation. At the time of writing, every investor’s class except retail is jumping into BTC’s price action.

The cryptocurrency needs to break above $20,500 and continue above $22,000 to clear out any potential short-term downside risk.

Material Indicators records over $20 million in asks order for BTC’s price at around $20,500 until $22,000 alone. There is little resistance above those levels until $24,000 which stands as the next major area of resistance.

On the possibility that large investors were accumulating BTC expecting a larger move to the upside, MI wrote:

The FireCharts heat map and CVD both show that the purple class of whales which have historically had the most influence over BTC price have been trending up since the dump to $17.5k on May 18th. Too early to validate this as accumulation phase. Time will tell.

The key behind the current price action could be the U.S. dollar. The currency aggressively moved to the upside, to levels last seen in 2003, and could be about to retest previous lows.

As seen below, this could send the DXY Index to the 105 area or to its June range below 100, if these levels fail. Thus, providing some more room for BTC’s price to reclaim higher levels.

Quantum Economics analyst Jan Wüstenfeld indicated that BTC’s Reserve Risk dropped to 0.001, a metric used to measure long-term holders’ conviction. The last time Bitcoin saw a Reserve Risk this low was in 2015 before it began a persistent uptrend.

Currently, there are macroeconomics factors that could hurdle BTC’s price reclaim of previous highs. However, the current area could be a major accumulation zone for the coming months and a good place to apply a Dollar Cost Average (DCA) strategy. Wüstenfeld said:

Bitcoin reserve risk has fallen below the green box. The last and only other time this happened was in August 2015. One thing is sure, this cycle is genuinely different to other cycles due to the macro conditions, and we are partially seeing that as well in the indicators.

Uncover The Grandeur Of The Universe Beyond Your Wildest Dreams With The Space Coin Project!