In early 2018, a client pointed out that it’s faster and cheaper to send bitcoin over Ripple’s XRP Ledger than it is over the Bitcoin blockchain.

Indeed, they were correct, but only if both parties had easy access to that network. Today, a new player has entered this game, one that has a substantial network, probably the largest payment network on the planet: Visa. 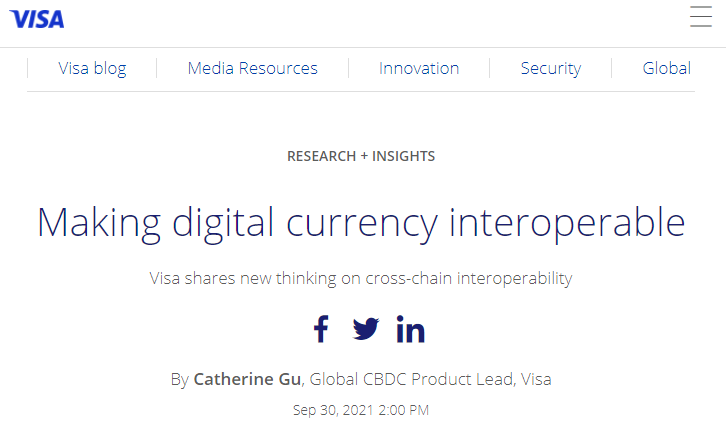 In this blog, released earlier today, Visa announced that they are ready to move forward with a blockchain interoperability platform that will link fiat money, central bank digital currencies (CBDCs), stablecoins, and even traditional blockchain currencies like bitcoin and ether in a seamless and scalable solution they call the Universal Payment Channel (UPC).

Apparently, they’ve been working on this since 2018, and the full 13-page research paper can be found on Cornell University’s website at this link, although they have yet to write a single line of code. There’s probably a good reason for that.

The path is hard

As we’ve witnessed with Ripple Labs, and as is mentioned prominently in the Visa blog, executing such projects is more than just a technical matter.

In fact, one might argue that navigating the global regulatory challenges is far more difficult then the coding itself.

As we wrote yesterday, some of the top central bankers of the world, the people who are tasked with overseeing global monetary policy, are quite concerned about stablecoins and their transformative potential, claiming that they are outside of the current regulatory perimeter.

So they’re obviously watching this space very closely, and with an extremely cautious eye. It’s curious then that the Cornell paper doesn’t do much to address how these concerns may be assuaged.

In the last paragraph of their blog post, Visa is basically opening it up to forward-thinking policy makers, among others, to get their take.

It makes a lot of sense for Visa to open things up for discussion and feedback from regulators before trying to force through their solution, although that didn’t really work for Facebook.

As we can recall, congressional hearings on the Libra project were less than fruitful for the world’s largest social network.

Visa, however, is not Facebook. It’s basically their job to innovate new solutions for payment rails. Facebook is involved in too many other businesses for them to have a credible claim to belong in the payments game.

All in all, this newly announced project gives substantial credibility to the entire world of blockchain and cryptocurrencies, and I hope it succeeds.

On another note, I wanted to give mad props to Charles Bovaird, the editor of this newsletter, for publishing his first article on Business Insider.

As you may know, he is also a senior contributor at Forbes Crypto and has already published more than 450 articles there.

To get to know more about him, as well as two other crypto analysts, check out this awesome panel discussion about investing in crypto. I’m sure you’ll find some very insightful and useful information there. 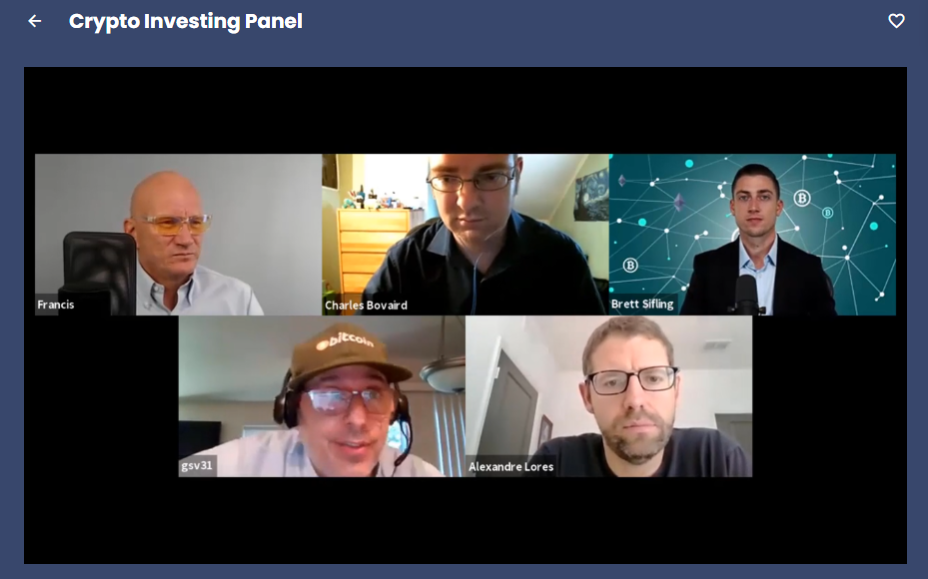