THE SUPREME TEAM: What is Algorand?

Algorand is a blockchain platform that has been created to facilitate the finance of the future. It is one of many projects that aim to solve the blockchain trilemma. Most of these projects try to balance speed, scalability, and decentralization, however, practically speaking very few of them can be termed as All-rounders in this regard. Algorand stands out as an ambitious attempt of solving this trilemma and achieving a balance between all three aspects without compromising on any single aspect. Algorand aims to achieve this goal through their unique and innovative Proof-of-Stake consensus protocol known simply as Pure Proof of Stake (PPoS).

Ever since launching in 2019, Algorand has seen exponential growth. At present, there are dozens of projects that are already live and working on the platform, while many more are in the development phase. Reach is a platform that simplifies the building and deployment of DApps on different blockchains is built upon Algorand. Similarly, another big project built on Algorand is Opulous. It allows artists to solicit funding for their music through DeFi. Algorand is also being used by the Marshall Islands to create the world’s first national digital currency, which shall be known as the Marshallese sovereign.

Algorand was founded by MIT Professor Silvio Micali in 2017. Silvio Micali is also a world-renowned computer scientist, who has been working in the field of cryptography since the ’80s. He is also the co-inventor of several important technologies such as verifiable random functions, zero-knowledge proofs, and many other cryptographic technologies that are widely used in blockchain projects today. He was awarded the Turing Award in 2012 for his work and contribution to the field of cryptography. 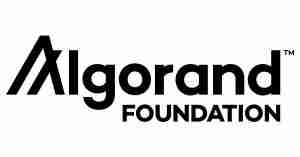 After 2 years of technical development, the Algorand mainnet was launched in the June of 2019. It was also formally announced that the Algorand blockchain will never be forked, this was done in order to provide greater assurance about their protocol. Algorand is also the first blockchain that provides immediate transaction finality. In 2020, the parent company of Algorand, ie The Algorand Foundation launched two accelerator programs. These programs are Algorand Europe Accelerator and Algorand Asia Accelerator. These programs aim to support and facilitate new and promising projects and developers who want to build on Algorand.

The architecture of Algorand is divided into two layers. Layer 1 can be used to run smart contracts, creating Algorand based blockchain assets known as ASA’s, and facilitate rapid peer-to-peer exchanges of cryptocurrencies which is a feature known as Atomic Swaps. However, Layer 1 has its limitations. It can only run relatively basic smart contracts. These basic smart contracts are known as ASC1, and they lack the functionalities that are essential for modern DApps and DeFi applications.

Layer 2 provides all the functionalities that are required to run large and more feature-packed DApps and DeFi applications. Therefore the Layer 2 is exclusively reserved for complex smart contracts and DApps. The purpose behind this two-layered architecture is that all the complex and feature extensive applications are built on Layer 2, hence Layer 1 remains free from congestion and the transactions are processed almost instantaneously. 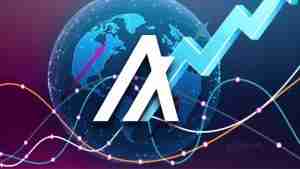 Algorand has a very unique and innovative proof of stake consensus mechanism. Which is known as ‘Pure Proof of Stake (PPoS)’. It is designed to be a fast and efficient consensus system that allows all holders of the ALGO token to participate in block production and earn rewards as a result. Unlike other proof of stake blockchains, where most of the rewards are distributed to the validators, Algorand is different. All the holders of ALGO are entitled to a share of the network rewards provided they put their tokens in a non-custodial wallet.

The platform also has a large number of relay nodes that are geographically distributed throughout the world. These relay nodes are used to route the block to the participation nodes. Another great thing about Algorand is the way that the users are selected to participate in the consensus protocol. This process is known as ‘cryptographic sortition’. Basically what happens is that the protocol selects nodes from the available pool of nodes, through the use of a weighted lottery system. The chance of being selected is increased or decreased depending on the amount of ALGO being held. The participants are changed after each round and they are not informed that they have participated in block selection, until afterward. This is done to protect the network against collusion and attacks.

ALGO is the native cryptocurrency of the Algorand platform. It is central to all the functionalities provided on the platform. Primarily it is the gas token and is required to pay for all the transaction fees, as well as all the computations of smart contracts present on the platform. It works in a similar way to how Ether works in Ethereum. However, the uses of ALGO stretch way beyond just being used as a gas token. It is also used to support all the functionalities of the network. The unique thing about Algorand is that users don’t have to stake their ALGO to earn network rewards, rather they are just required to hold their tokens in a non-custodial wallet. This innovative feature has allowed Algorand to reach almost complete automation, as the users can passively hold ALGO, support the network and earn rewards. The passive income that can be earned by holding ALGO is about 5-6% APY. The distribution of ALGO tokens takes place after every 10 minutes. 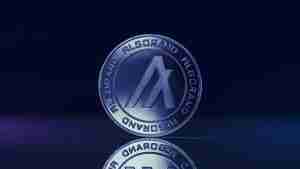 Algorand like many of its contemporary projects that aim to solve the blockchain trilemma has the same primary concern. There is almost a cutthroat competition among these so-called Ethereum killers. Replacing Ethereum is still a longshot, first, these projects have to prove their own viability and stand out from the crowd. The main problem with Algorand is the low level of its adoption so far. Until and unless more and more people start using the platform it just won’t take off like it aims to. Therefore it will only get viable if more people start using it. Similarly, there is also the issue of transaction fees, which are low when compared to Ethereum, but not that low when we compare it with its competitors like Fantom, Cosmos, and Avalanche.

Where to buy ALGO?

ALGO can be purchased on major crypto exchanges like KuCoin — similar to how one would buy any other cryptocurrency. You can either place a market buy or a limit buy. With a limit buy, you determine the price you’re willing to pay, and your order gets filled once the token price reaches your set limit price. If you want to get your hands on the token quickly, you can place a market order, where you agree to pay the current market price and have your order filled almost instantly. If you are interested in trading ALGO, you can do so by visiting KuCoin.

The post What is Algorand? appeared first on CryptosRus.