THE SUPREME TEAM: What is Avalanche?

Avalanche is a blockchain network that aims to provide incredible scaling capabilities and lightning-fast transaction confirmation. According to its website, the primary focus is to facilitate a blazing fast network, which is low cost and is environment friendly. It is an open-source platform that is one of many that aim to create the most complete blockchain network, one that can solve the blockchain trilemma of scalability, security, and decentralization. Avalanche is one of the fastest smart-contract platforms on the market, with an unbelievable speed of 4500 transactions per second (tps). Similarly, it has the highest number of validators who secure its proof-of-stake blockchain.

Despite being relatively new with respect to its competitors, Avalanche has enjoyed a massive surge in popularity. There are many projects which are currently operating on the network, the most notable being Aave. Aave is a decentralized crypto market that facilitates the lending and borrowing of $19 billion worth of crypto assets. The great thing about Avalanche is that it has Ethereum Virtual Machine (EVM) compatibility. Basically what this means that projects that have been built and operated on Ethereum can easily be transferred to the Avalanche network. All the projects that are run on Avalanche operate their own independent blockchain. The developers have control over how they want to manage the security and functionality of their projects or DApps.

Avalanche was launched in September of 2020 by Ava Labs. The three-person team behind the whole project consists of Kevin Sekniqi, Maofan “Ted” Yin, and Emin Gün Sirer. Although the network launched in 2020, the whole idea of Avalanche is based upon the Byzantine Fault Tolerance (BFT) protocol proposed in 2018 by a pseudonymous group named Team Rocket. Emin Gün Sirer, who is a professor at Cornell University, began improving and formalizing the protocol. Sirer also began working on a smart contract platform that would be based upon the consensus protocol. Finally, after two years of technical development, the Avalanche Mainnet launched in 2020. 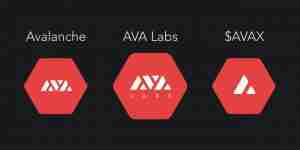 If we dive deep into the inner workings of Avalanche, we can see that the whole network is built upon three different but interoperable blockchains. These chains are known as the Exchange Chain (X-Chain), Contract Chain (C-Chain), and Platform Chain (P-Chain). By splitting the network into three different blockchains, it becomes possible to fully optimize the speed, security, and flexibility of the network. This also allows a great deal of freedom to the developers who can then design their apps with a lot of flexibility.

First and foremost, the X-Chain is used to create digital assets on the network. It can also be used to create AVAX tokens and facilitates the exchanges between these tokens. The digital assets or tokens created on Avalanche have modifiable rules, which can be created by their developers. This feature is similar to Ethereum’s token standards. The X-Chain is secured through the Avalanche Consensus Protocol. 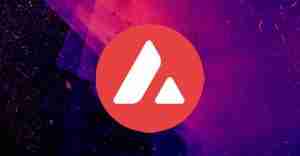 The Contract Chain or C-Chain allows developers to create and deploy the smart contracts for their DApps. The C-Chain is Avalanche’s implementation of the Ethereum Virtual Machine (EVM). By having compatibility for EVM, Avalanche basically allows all those developers who have built their apps on Ethereum to shift their projects to Avalanche. Unlike the X-Chain, the C-Chain uses a Proof-of-Stake consensus protocol called Snowman.

Finally, the Platform Chain, or P-Chain, is what keeps the whole network together. It is responsible for coordinating all the validators on the network. Similarly, it allows the creation of subnets. Subnets are basically a set of validators that provide consensus to a custom blockchain. A blockchain can only be validated by one subnet, however, a single subnet can validate multiple blockchains. The P-Chain can also monitor subnets to see if they are active or not. Similar to the C-Chain, the P-Chain is also secured through the Snowman consensus protocol.

AVAX is the native cryptocurrency of the Avalanche network. Hence it represents the transaction of value across the network. AVAX has three main purposes in the network. The first and foremost is that it can be staked to become a validator on the network, and earn rewards. These rewards are also in the form of AVAX. The minimum threshold required to become a validator is 2000 AVAX. If that sounds a bit excessive then rest assured, Avalanche also offers the feature of delegating your AVAX tokens to a validator and earning rewards proportional to the amount delegated. The validators can earn up to 11% in Annual Percentage Yields (APY). 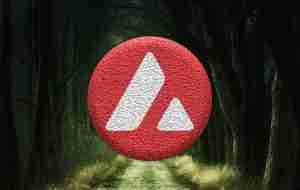 AVAX also serves as the common unit between all the subnets present on the network. This greatly improves the interoperability of the network. Finally, all the transaction fees and subnet subscriptions are also paid in AVAX. Now, this is where things get interesting, as AVAX is a deflationary token, which means that it has a fixed supply and more tokens will not be minted. In this case, the total capped supply of AVAX is 720 million. Now the great thing about this is that a portion of all the transaction fees is burned and thus scarcity is created, which increases the overall value of the token. Up till now, more than 163,000 tokens have been burned.

The primary concern with Avalanche, as it is with all projects that aim to replace Ethereum is the level of competition that they have to face. Although Avalanche is a relatively new project, it still faces competition from big projects such as Polkadot, Cardano, Solana, and Cosmos to name a few. Whichever of these so-called ‘Ethereum Killers’ manages to successfully come anywhere close to Ethereum let alone beat it, then it would almost certainly mean game over for the rest of the networks. Avalanche does however has an edge over its competition, owing to its lightning-fast transactions and the highest transaction per second (TPS) speed among all its competitors.

Another problem with Avalanche is that transactions can be delayed if the validators do not agree on the state of the network. Similarly in February 2021, a small code bug that resulted from high congestion on the network, caused the network to literally slow down to a crawl. However it wasn’t a significant security issue, and the network resumed proper functionality soon afterward.

Where to buy AVAX?

AVAX can be purchased on major crypto exchanges like KuCoin — similar to how one would buy any other cryptocurrency. You can either place a market buy or a limit buy. With a limit buy, you determine the price you’re willing to pay, and your order gets filled once the token price reaches your set limit price. If you want to get your hands on the token quickly, you can place a market order, where you agree to pay the current market price and have your order filled almost instantly. If you are interested in trading AVAX, you can do so by visiting KuCoin.

The post What is Avalanche? appeared first on CryptosRus.