Who is Sam Bankman-Fried?

WHO IS SAM BANKMAN-FRIED?

Sam Bankman-Fried is the CEO and co-founder of FTX, a prominent cryptocurrency exchange, and Alameda research, a quantitative trading firm. China’s Hurun Research Institute has named Sam Bankman-Fried, the second-richest blockchain billionaire-just below Coinbase CEO Brian Armstrong and, above Binance CEO Changpeng Zhao (CZ). His involvement in the evolving crypto ecosystem has made him massively famous in the crypto world. He is a brilliant engineer and his charisma and passion have also brought celebrities and athletes to the crypto world. This includes NFL legend Tom Brady and NBA superstar Steph Curry. Bankman-Fried is also a career altruist who plans to donate most of his wealth and earnings to charity over the course of his life.

Sam Bankman-Fried was born on 9th March 1992 in Stanford, California. His parents were both law professors at Stanford University. He studied physics at the Massachusetts Institute of Technology (MIT). While in school, Sam met with William MacAskill, the founder of 80,000 hours, which is an organization aimed at maximizing people’s potential to give back to society. Sam also got interested in effective altruism, a movement that encourages maximizing the resources one can contribute to philanthropy, and giving to causes that are most effective at doing good. Sam currently sits on the Board of Directors for the Centre of Effective Altruism, the parent company of 80,000 hours. He graduated with a Bachelor of Science in Physics in 2014.

Sam decided to pursue trading after graduating rather than a career in Academics and joined proprietary trading firm Jane Street where he dealt in international exchange-traded funds. He left the job in October 2017 to launch his first company Alameda Research in November of the same year. This quantitative crypto trading platform propelled Sam into the crypto industry. As of 2021, Sam owns approximately 90% of Alameda Research. He is currently living in Hong Kong.

Sam’s founding of Alameda Research was the first sign of his potential to make a difference in the crypto space. This platform has been one of the strongest crypto platforms in the industry. It has become a powerful crypto exchange and management platform and has two of the top 10 most successful crypto trading accounts. These two accounts combine for a massive $60 million in profit from crypto trading. On May 8, 2019, Alameda Research launched FTX, a cryptocurrency derivatives exchange. FTX was launched with an All-star team of hand-selected Wall Street traders and Silicon Valley entrepreneurs. Binance bought lots of FTX tokens as a strategy of long-term hold with FTX. Soon after its launch, FTX saw a daily trading volume of half a billion dollars. 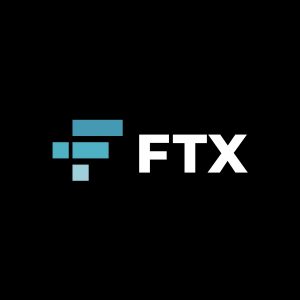 By 2020, Sam became a household name in Crypto as he became incredibly popular among the community, but he still had a lot more to achieve. In 2020, FTX purchased Bookfolio, an app used by retail investing consumers to keep track of the value of cryptocurrency portfolios. It was the year of the Covid Pandemic and within the same year, Bankman-Fried would launch another project on the Solana blockchain which again, depicts his versatility in crypto.

Sam is known for his three big projects in the crypto world. The first one is Alameda Research, which has transformed the crypto space. This platform has a full-scale global operation with the ability to trade on all major exchanges and markets. Today, it manages over $100 million in digital assets and trades around $600 million to $1.5 billion per day. It also offers major coins and altcoins along with their derivatives as well. 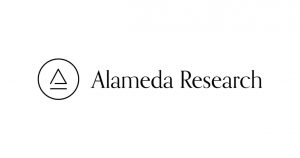 To provide and create even more value in the crypto Industry, Sam founded FTX in 2019. It is a global cryptocurrency exchange and is ranked high among the top derivatives-based exchanges. Currently, it is ranked 6th for derivatives by CoinMarketCap. The differentiating aspect of FTX is that it offers innovative products that incorporate industry-first derivatives, volatility products, and leveraged tokens. FTX is a platform that is not only innovative for professional trading firms but at the same time intuitive enough for first-time users.

Sam’s other major project is Serum which he launched on the Solana blockchain in August 2020. According to Coinbureau, Serum is not like other DEXs (Decentralized Exchanges) because it features ordered book-based trading like centralized cryptocurrency exchanges. It can handle up to 65,000 transactions per second. Serum is also interoperable with Bitcoin and Ethereum. It is also one of the earliest emerging projects on the Solana blockchain and looks to implement DeFi (Decentralized Finance) into everyday industries.

Sam Bankman-Fried has now become one of the most prominent figures in crypto. He has launched several massive crypto projects and is always providing the force for innovation and development. All of his projects have done very well and have provided him with a steady track record. His philosophy is also respected by many veteran crypto investors, on investing. His ideas are given serious attention. 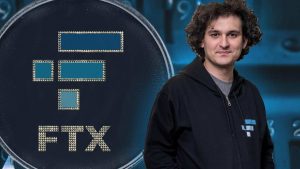 Currently, Sam has more than 750k followers on Twitter where he frequently talks about all things crypto. He is now firmly in the spotlight, as far as the crypto community is concerned. This is mostly because he has become a huge promoter of the crypto industry and shows no signs of slowing down.

The post Who is Sam Bankman-Fried? appeared first on CryptosRus.

How to open Google Drive File with Coinbase Wallet Backup

Who is Sam Bankman-Fried?