Will ApeCoin sustain gains after an 11% jump? 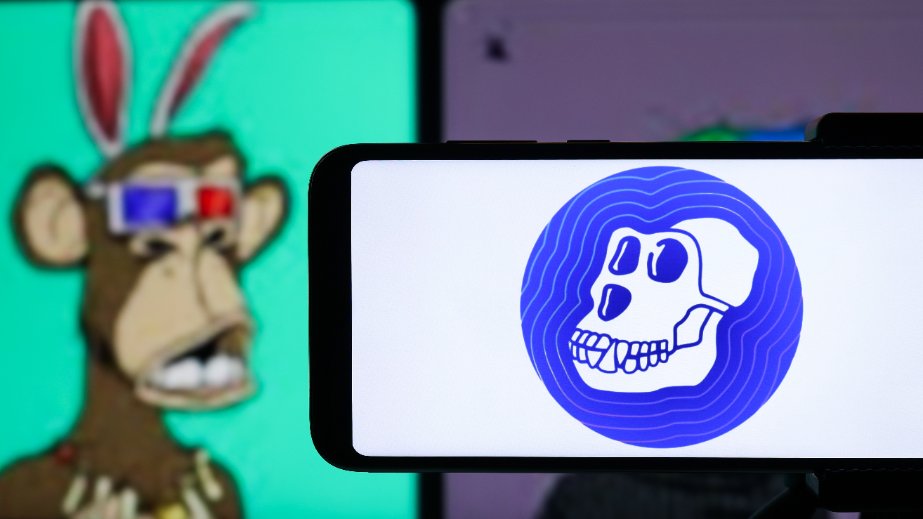 The price of ApeCoin APE/USD pumped by more than 11% in 24 hours. The surge happens amid a growing appetite for cryptos after the latest slowdowns. Leading cryptocurrencies Bitcoin and Ethereum have added 3.23% and 4.30%, respectively.

Santiment data indicates that the 24-hour gains reflect a “buy the dip” sentiment. The recent fall in prices made the tokens attractive, which got buyers back into the market. But the key question now is, can the gains be sustained?

A Fed rate decision on Wednesday will be a key determinant of whether the market will stay bullish. On the one hand, inflation continues to run high despite cooling recently. That has sparked speculations that the Fed could aggressively hike rates to tame prices. The move will be a bearish trigger for most, if not all, cryptocurrencies.

On the flip side, the Fed is expected to sound less hawkish, preferring a gradual rate hike. The course of action is likely to be taken if the Fed fears an economic meltdown if it acts too fast. A less hawkish Fed will be a bull trigger for cryptocurrencies.

APE pumps ahead of FED decision

Since 2018 Nexo has strived to bring professional financial services to the world of digital assets. Leveraging the best of the team’s years of experience in FinTech along with the power of blockchain technology, Nexo empowers millions of people to harness the value behind their crypto assets, shaping a new, better financial system.

Like other cryptocurrencies, APE attracted dip buyers at the $4.6 bottom. The cryptocurrency trades at $5.8 following a buy-the-dip call. 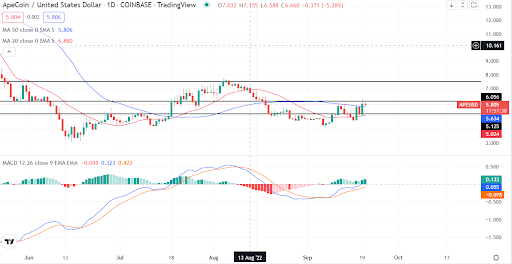 A technical outlook shows ApeCoin has met resistance at $6.0. The cryptocurrency trades above all the moving averages strengthening a bull case. The MACD indicator is in the bull territory.

We remain hesitant that the Fed decision will determine whether APE will sustain the gains. Having met resistance at $6.0, there could be a correction or consolidation as traders await the Fed decision.

The post Will ApeCoin sustain gains after an 11% jump? appeared first on CoinJournal.

The two immersive experiences created by Walmart namely, Walmart Land and Walmart’s Universe of Play, will let consumers explore the metaverse and experience what one of the largest platforms in the metaverse has to offer.

”We’re showing up in a big way – creating community, content, entertainment and games through the launch of Walmart Land and Walmart’s Universe of Play.”

The new venture is aimed at attracting the “next generation of customers” and with Roblox’s growing popularity among Gen Z, this venture is expected to pay off.

More on the Metaverse experiences

The Walmart Universe of Play offers different toy worlds that users can explore to earn coins which can be redeemed for virtual merchandise or “verch.” This experience will include immersive games and virtual adventures where users can explore the universe. This project will also feature collectibles in the form of toys and coins that users redeem for goods to customize their avatars with.

Walmart’s decision to launch its virtual experiences on Roblox will help them by offering exposure to more than 52 million users that visit Roblox everyday. Roblox boasts impressive statistics like 12 million creators on the platform, 32 million experiences and more than 11 billion engagement hours by users.

“Roblox is one of the fastest growing and largest platforms in the metaverse, and we know our customers are spending loads of time there,” William White said.

Companies around the world are taking note of the metaverse’s rising popularity, especially among their future customers. Citi stated in a report published earlier this year that by the end of the decade, the metaverse economy could be worth anywhere between $8 trillion to $13 trillion.

News of Walmart’s foray into the metaverse comes nine months after it filed seven trademark applications that shed light on its plans regarding virtual goods, virtual currency and NFTs.

Walmart is no stranger to blockchain technology. For instance, VeChain, which counts Walmart among its clients, revealed that it had pumped out close to 700,000 transactions for Walmart. It uses VeChain for product traceability among other things.

Here’s How To Stay Up To Date On Crypto With CRU News Desk!

For the best exchanges, check out our top exchange guide.

Sign up for our bi-weekly newsletter for news and exclusive analysis.

Learn about Bitcoin, Ethereum, and so much more at the CryptosRus Academy.

Stay up to date with George on Tik Tok, Instagram, and his brand new clips channel.

Will ApeCoin sustain gains after an 11% jump?